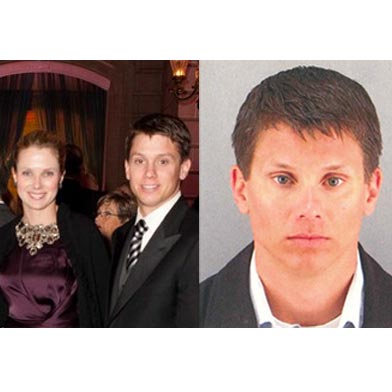 It’s shaping up to be a star-studded morning at the Hall of Justice today, when the brother of Yahoo CEO Marissa Mayer is expected to plead guilty to domestic violence — in front of celebrity lawyer Gloria Allred, who has been retained by his alleged victim.

See the court records on the case here.

Mason Mayer, 33, was charged earlier this year with three felonies for allegedly beating up then-girlfriend Kelli Ann Trent in September 2011. He is scheduled to appear in court today at 9 a.m., where he is expected to enter a guilty plea.

Allred will be on hand with Trent, “who will give an emotional victim impact statement if Mr. Mayer enters a plea and is sentenced, as is expected,” according to a statement issued by Allred late Thursday.

Then, one can reasonably predict, Allred and Trent will sue the living shit out of Mayer, who has reportedly not worked since his sister’s first company — that little outfit called Google — went public in 2004.

Allred did not reply to an e-mail seeking comment Thursday. Martin Sabelli, Mayer’s attorney, has not respond to multiple emails or telephone messages seeking comment.

Mayer allegedly beat, spat upon, and threatend to kill Trent at his Four Seasons condominium in September 2011, according to a police affidavit.

Details of the attack include Mayer allegedly telling Trent that “the only way [she] was going to get out of this” was to “jump off the Golden Gate Bridge,” according to a police affidavit.

Mayer was arrested in November 2011, after Trent went to police. He was charged with felony domestic violence, assault, and false imprisonment.

Trent, a onetime entrepreneur in the tech sector,told police she was afraid of Mayer’s family.

The San Francisco District Attorney’s Office can not comment on the case pending the rumored plea.