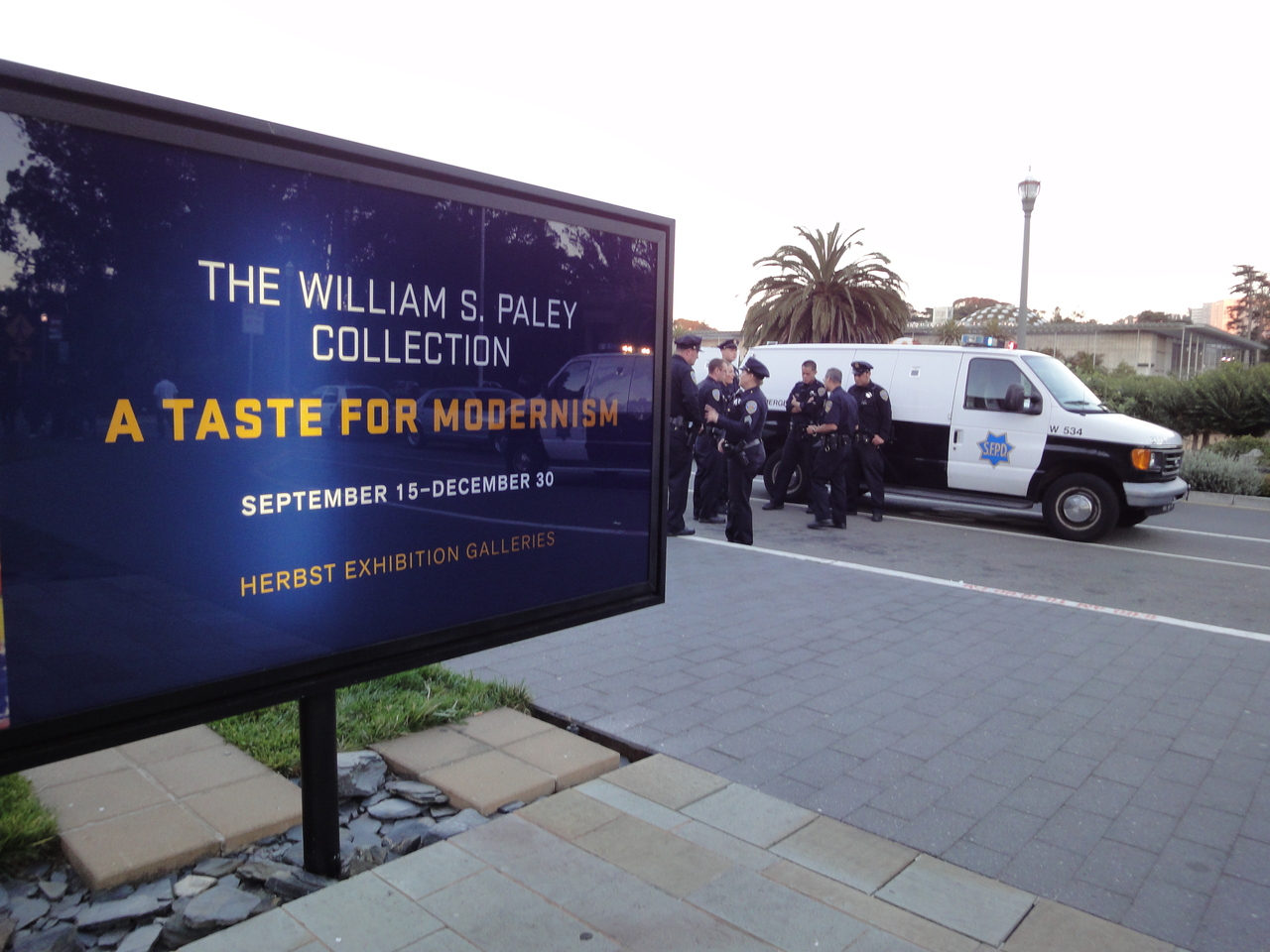 Around 7 p.m. Friday 19 protesters who had apparently barricaded the entrance to the museum, located at 50 Hagiwara Tea Garden Drive in Golden Gate Park, were cited on suspicion of trespassing, according to police.

The museum’s workers union has been in a labor dispute with museum managers for about 10 months, according to union officials.

The protesters blocked the entrance of the “Friday Nights at the de Young Museum” weekly event while singing “We Shall Overcome,” union representatives said.

The workers claim the Fine Arts Museums of San Francisco has misrepresented facts during contract discussions to withhold wages and benefits to employees that serve as technicians, retail workers, artisans and other positions.

Calls to the Fine Arts Museums offices were not immediately returned.