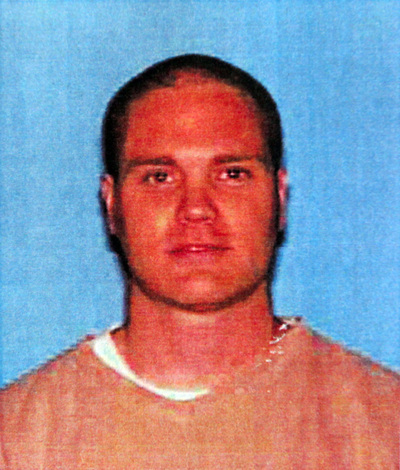 A man who was shot and killed after critically wounding a California Highway Patrol officer during a traffic stop on Interstate Highway 680 near Alamo on Tuesday was originally from the Bay Area and studied and worked in computer engineering here, according to a family member.

At a news conference in Martinez this morning, the Contra Costa County Sheriff’s Office identified the shooter as Christopher Boone Lacy, 36, of Corning, Calif.

Lacy shot CHP Officer Kenyon Youngstrom during a traffic stop on southbound I-680 near the Livorna Road exit at about 8:30 a.m. Tuesday and was then fatally shot by a second officer, sheriff’s spokesman Jimmy Lee said.

Youngstrom, a seven-year veteran of the CHP’s Contra Costa-area office, was shot in the head and is listed in critical condition at John Muir Medical Center in Walnut Creek.

Lee said Lacy’s parents, who live in Bend, Ore., have been working with authorities in their investigation.

Lacy’s uncle, William Lacy, who lives in Weston, Conn., said Chris Lacy’s parents had been traveling in Alaska when they heard about their son’s death and the highway shooting.

William Lacy said his brother–Chris Lacy’s father–called him with the news this morning.

He described Chris Lacy as “very bright” and said he was interested in computer science.

The uncle said he hadn’t been in contact with his nephew for many years, but knew he had returned to California after moving with his parents to Oregon in the mid-1980s.
He said his nephew was not married and had no children.

Chris Lacy had grown up in the Bay Area, which is where William Lacy’s sister, and Chris’ aunt, Claudia Piasente lives, in Albany.

A woman who answered the phone this morning at Piasente’s home said Piasente was not available. The woman, who was audibly upset, said the family had no comment but added, “We’re very sorry for the whole thing.”

An online resume posted on Chris Lacy’s now shut-down personal website chrislacy.net lists 10 positions he claimed to have held since December 2005 after graduating with a master’s degree in computer science from San Francisco State University in 2005.

SFSU spokeswoman Ellen Griffin confirmed Lacy had graduated from the computer science graduate program at the university seven years ago.

She said there are no records of Lacy attending SFSU as an undergraduate.

His website, which was created in 2003 and last updated at the beginning of this year, is registered to a home address on Victoria Street in San Francisco near Ingleside Heights.

During his time at SFSU, he served as president of SF State’s chapter of the Association for Computing Machinery, according to his resume.

Lacy’s resume also listed a slew of contract positions as a software engineer, with the most recent listing stating that he worked as an online produce seller as part of a “stealth startup.”

He moved to the Chico area in March 2011, where he wrote that he had started a small farm/homestead to sell locally grown produce online to Bay Area customers.

He wrote on his resume that he was also involved in the Ron Paul campaign and the “liberty movement,” with links to Ron Paul’s presidential website.

Sheriff’s spokesman Lee said Lacy had one prior arrest in 2006 in Marin County for driving under the influence, but did not have any other criminal record.

He was booked into the Marin County Jail after the incident, which is the only police contact Lacy had with the Sausalito Police Department.