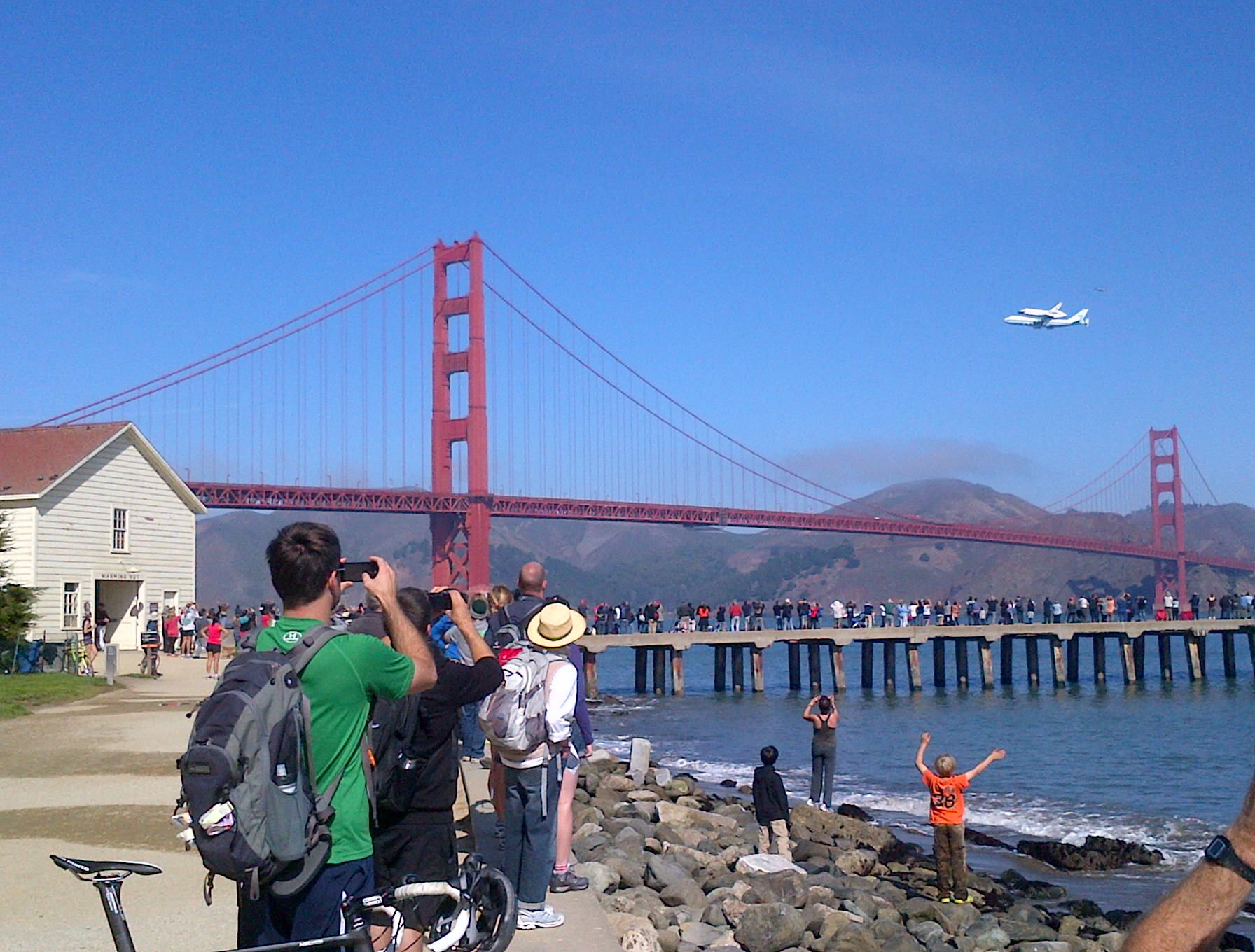 Hundreds of people cheered at San Francisco’s Crissy Field this morning as the Space Shuttle Endeavour made a once-in-a-lifetime flight over the Golden Gate Bridge this morning.

The shuttle, piggybacking on a specially modified Boeing 747, made a low-altitude pass over the bridge at about 10:15 a.m. after taking off earlier today from Edwards Air Force Base near Los Angeles.

The Endeavour also flew over Sacramento before coming to the Bay Area and passed over the NASA Ames Research Center at Moffett Field in Mountain View after its flyover of San Francisco.

Among the hundreds of adults and children who were at Crissy Field to watch the shuttle pass by the bridge was 63-year-old San Francisco resident Jean Ladouteur.

“It was really cool and worth the wait”, Ladouteur said. “”I thought it would be closer but it was still a great view.”

The Endeavour will eventually end up back in Southern California at the California Science Museum in Los Angeles at a display opening on Oct. 30, but Tim Hammock, 49, of Pacifica, said he thought it should be taken to air shows around the country.

“People would come out in droves,” Hammock said. “It was awesome, I’ve wanted to see that forever.”

Before the shuttle flew over the crowd, Richard Davis, 61, a pilot from Petaluma, said he hoped it would inspire children to also become pilots.

Following its Bay Area visit, the shuttle was also planning to pass the Monterey Peninsula and near San Luis Obispo before landing at Los Angeles International Airport around noon.

Named for the first ship commanded by 18th-century British explorer James Cook, the Endeavour first went into space in 1992 and was decommissioned by NASA last year.