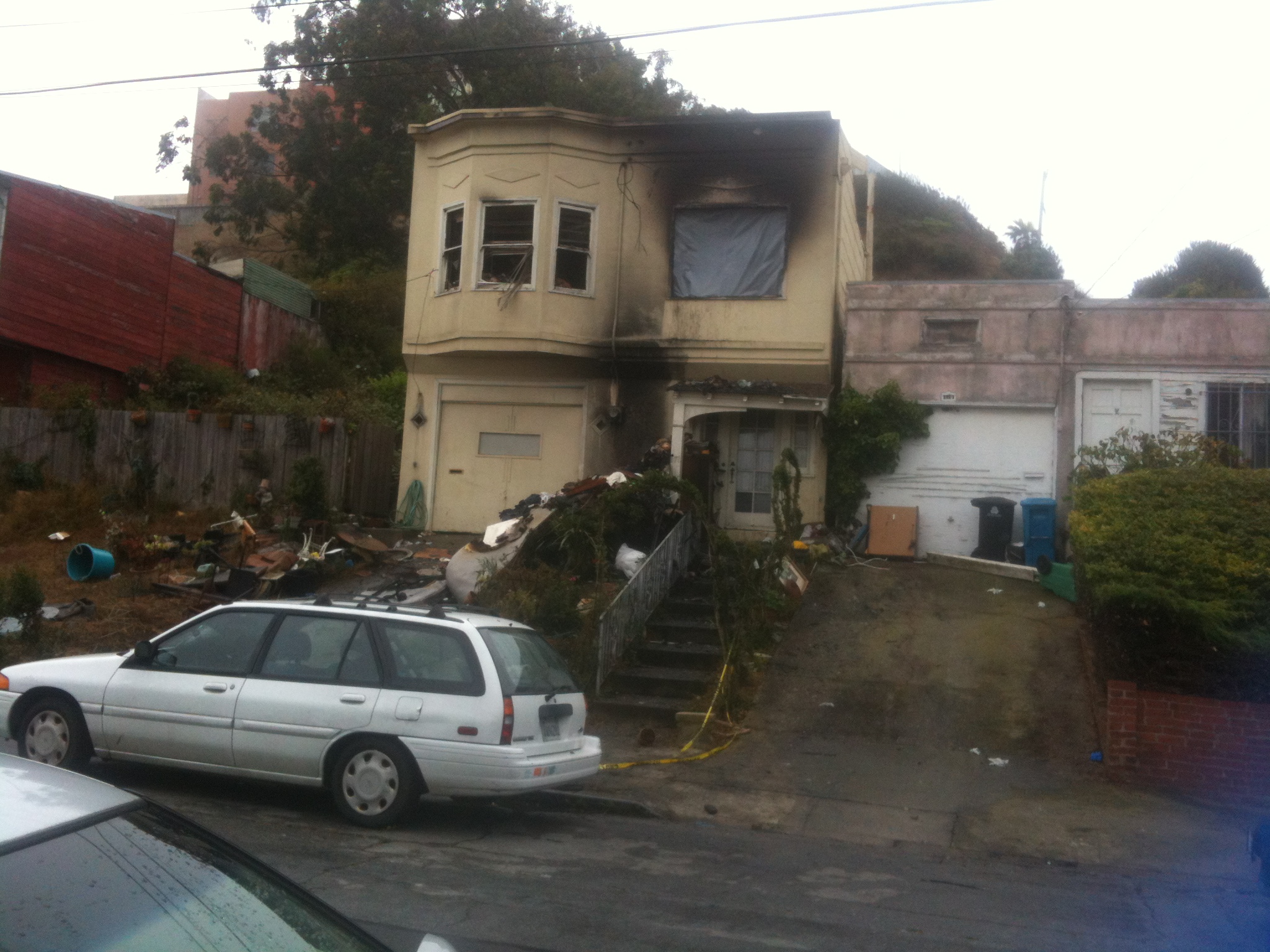 Two elderly men died in a fire early this morning at a home in San Francisco’s Excelsior District that was apparently filled with a large amount of debris inside, fire officials and neighbors said.

Both men died inside the house and it was a challenge getting the bodies out because of the large amount of clutter, Acting Battalion Chief Franco Calzolai said.

“They appeared to be hoarders,” Calzolai said.

He said the debris acted as a fuel for the fire, which was eventually extinguished at 4:11 a.m.

Much of the debris, including charred furniture, pots, pans, old newspapers and other detritus, piled in front of the driveway as firefighters investigated and cleaned up the scene.

Andy Batan, 77, who lives across the street, said the two men who died were elderly and had lived there for at least 20-plus years.

“They kept to themselves,” Batan said.

He said one of the men was in a wheelchair and that the owner of the home also owned the lot next door, an overgrown garden.

Authorities have not released the names of the two men that died.

Fire officials said the cause of the blaze remains under investigation but it is not considered suspicious.