If Warped Tour and Electric Daisy Carnival had a baby, it’d look a lot like Identity Fest. The traveling, daylong electronic music festival only started in 2011 but has already claimed its territory across America.

With reputable rager-starters like Eric Prydz, Paul Van Dyk, Doctor P, Excision and more on the bill, they had stacked themselves a good reason to drive to Mountain View on a Friday. And with costumes, beads and bracelets galore, the 16+ event brought out a very young crowd that was very ready to party.

Even though the festival was on the road for 15 cities, from Toronto to San Diego, their lighting and sound set ups were top notch. That’s always key in creating optimal moods, and in a sea of both gaping and spacey eyes, it looked like many had other substances aiding in that.

The musical styles were well varied throughout the producers and DJs, which is always essential during a nine-hour show. Doctor P brought enough homemade dubstep classics from Britain to satisfy any basshead and Bingo Players brought their zesty beats all the way from Netherlands before they take off on a world tour from Hollywood to Milan.

Old-school headliner Eric Prydz brought a veteran, millennium-house style, while the 22-year-old Russian, Arty, brought his much blogged about take on trance from across the globe. Local talent was even present, with Jeffrey Paradise hitting the decks in the late afternoon.

There’s a lust worthy energy to one-day festival lineups with such talent – the excitement comes and goes, so take full advantage of it – and the one-of-its-kind Identity Festival captured just that. So as long as the big sponsors and acts keep coming (and as long as EDM is trendy, they will), we’ll see this festival again next year. 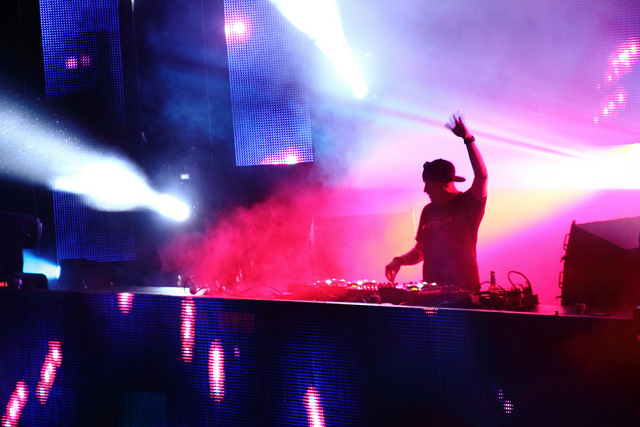