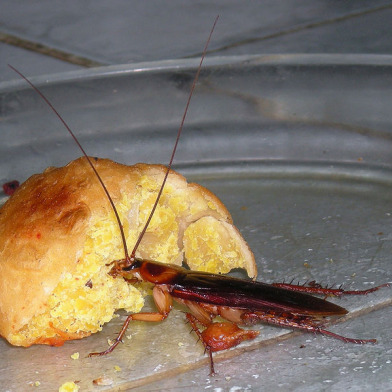 Caf?? For All Seasons, located at 150 West Portal Ave., was closed Tuesday when several health code violations, including a severe cockroach infestation, were discovered on the premises, health inspector Ken Wong said.

A hearing was scheduled for Tuesday when the public health department will meet with the owner.

At the meeting, an action plan will be established to remedy the problems and a date will be scheduled for re-inspection, Wong said.

“We want to hear why (the restaurant) let the situation get so bad and what they plan to do to resolve the problem,” Wong said.

Other issues discovered at the caf?? involved improper food handling and hand-washing.

Wong said inspectors originally went to the restaurant on Tuesday to tell the operator that the business’ water would be shut off in the following days by the Water Department.
By Wednesday the water was shut off, which normally would require the health department to close the business, but, according to Wong, the health department had already shuttered the cafe when cockroaches were found in cracks and crevices in the walls, and living in partitions.

The health inspector said if inspectors notice two or more cockroaches, that is usually “cause for us to take a deeper look.”

At the West Portal eatery, he said inspectors have photographs of colonies of cockroaches living in the restaurant.

Wong said the restaurant, which has been in the neighborhood since the 1980s but changed owners about five years ago, had never had issues “of this level” before.

The health department will give the owner advice on how to deal with the cockroach situation and how to go about “effective cleaning” and administering good pest control, Wong said.

“We don’t want them to shut down,” Wong said.

However, he noted the suspension was necessary because of “imminent risk” to customers.

After the next inspection the restaurant must demonstrate they’ve addressed the violations or they will remain closed, Wong said.

Avrum Shepard, president of the Greater West Portal Neighborhood Association, said he was surprised Caf?? For All Seasons would have a cockroach problem, but said he hadn’t frequented the establishment often after the change in ownership.