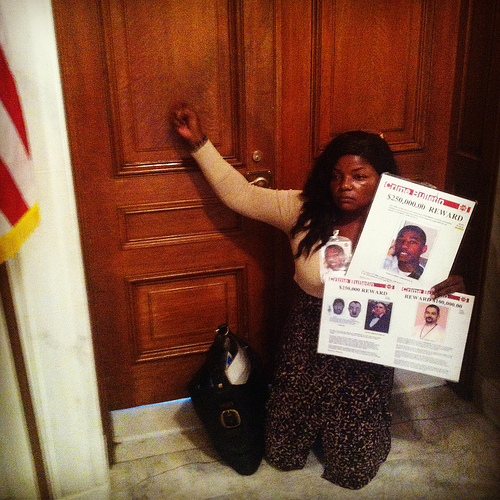 Protesters gathered on the steps of San Francisco City Hall this afternoon to show their displeasure at the prospect of a “stop and frisk” policy.

In an editorial board meeting with the San Francisco Chronicle last month, Mayor Ed Lee floated the idea of such a policy, which has been used as a violence-reduction tool in other cities such as New York and Philadelphia.

A “stop and frisk” policy would enable police officers to detain and pat down people they consider suspicious. Lee has said his goal in considering the idea is to reduce gun violence and make the city safer.

Mattie Scott, a San Francisco resident whose son was killed 16 years ago in a violent crime, said she is fearful of what such a policy would do.

“Good things are happening, and this policy would kill that progress,” Scott said. “We’re going backwards and it doesn’t make sense.”

Lee released a statement this afternoon reiterating his concern about a spike in gun violence and homicides in the city’s southeastern neighborhoods in June.

“This is unacceptable and while I take this issue extremely seriously, I want to be clear that I have not considered implementing a policy in San Francisco that would violate anyone’s Constitutional rights or that would result in racial profiling,” Lee said.

Protesters such as Theo Ellington, president of Black Young Democratic Club, are calling into question the mayor’s background as a human rights director and civil rights attorney.

“Our civil rights deserve to be protected,” Ellington said. “This is becoming an issue of the insiders against the concerned citizens, the haves against the have-nots.”

Alan Schlosser, legal director for the American Civil Liberties Union of Northern California, said a “stop and frisk” policy would increase tension between police and the community.

“This is a terrible perversion of community policing that will lead to confrontations,” Schlosser said. “The mayor wants to encourage stops that have no cause.”

There is no formal proposal being considered to implement a “stop and frisk” policy, and the Board of Supervisors passed a resolution earlier this month calling on the mayor to drop the idea.

Photo from demonstration against stop and frisk policy: Steve Rhodes