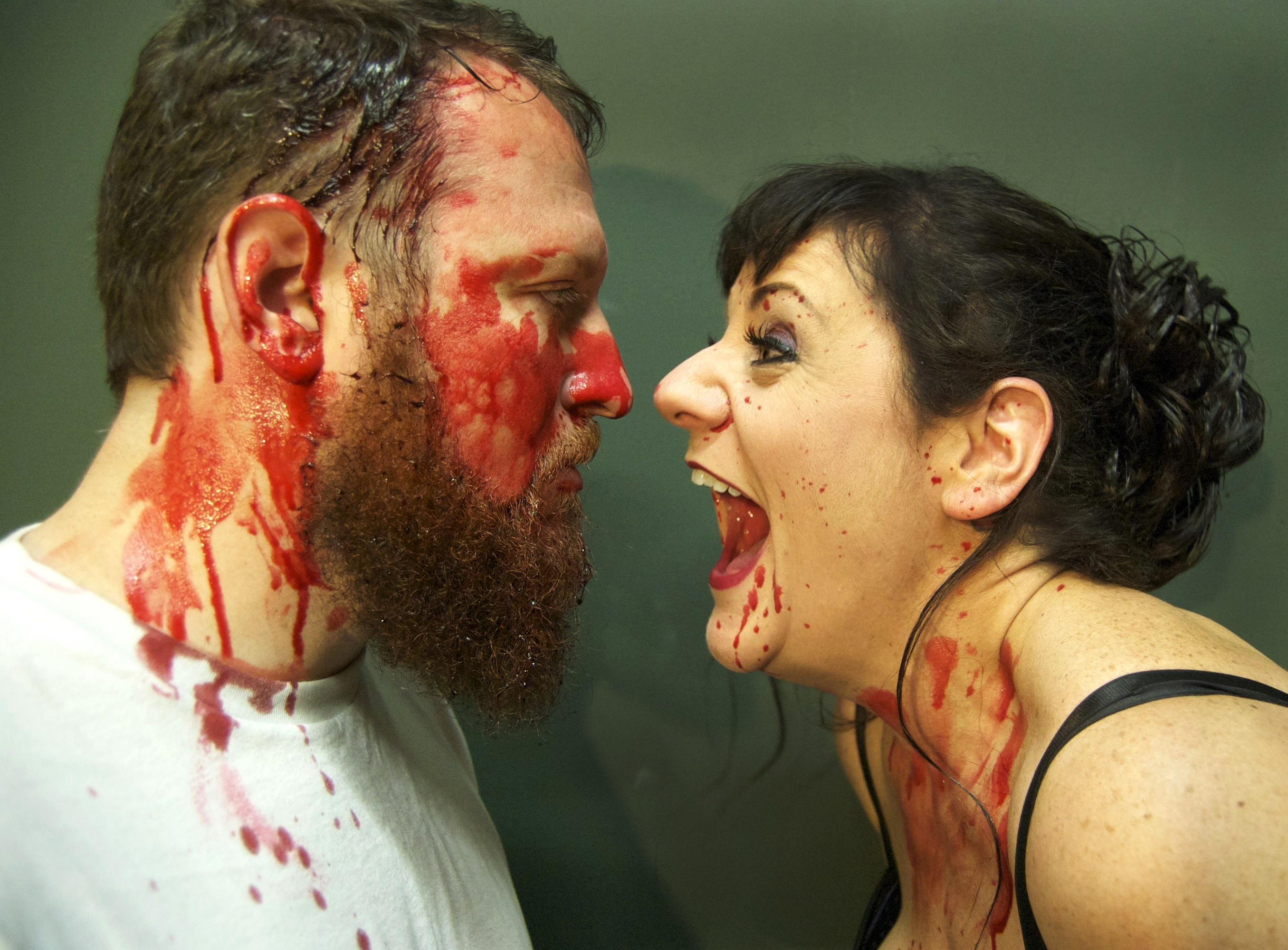 Since Stephen Sondheim elevated him to Broadway in 1979, Victorian anti-hero Sweeney Todd, the Demon Barber of Fleet Street, has been nicking victims on stage with regularity. A London production from late 2011, currently playing in New York City, marks the musical-thriller’s fifth major revival. Of course, many people probably now know Sweeney as his Tim Burton incarnation – a stylishly grim Johnny Depp.

Tiding us over until the inevitable next major revival arrives in San Francisco, the intimate Ray of Light Theatre is now staging a smaller-scale Sweeney Todd under the direction of Ben Randle. It’s maybe a little too bright – Tim Burton took the musical’s dark plot to new visual heights, presenting future stage versions with a hard act to follow – and, as with any performance viewed from twenty feet away, sub par performances are blaringly apparent. Fortunately, there are few of these. On the whole, the small stage hosts an impressive amount of talent – 14 players and six musicians in all.

The story in a nutshell: Barber Benjamin Barker (Adam Scott Campbell) returns to mid-19th century London from a 15 year imprisonment to find that the judge who sentenced him, Judge Turpin (Ken Brill), has defiled his wife, driving her to death, and adopted his daughter, Johanna (Jessica Smith), who he has imprisoned and intends to marry. In rage, Barker becomes Sweeney Todd, hell bent on exacting revenge on Turpin. Convinced that industrial-era Londoners have all become hopelessly immoral, Todd soon initiates a throat-slitting murder spree (“the closest shave you’ll ever get”), leaving the victims’ bodies to his partner in crime, Nellie Lovett (Miss Sheldra), a struggling pie-baker free of qualms over using human entrails to make ends meet.

At the heart of this wry allegory lies a small but poignant human tragedy: Lovett is in love with Todd and places her own redemption in his hands, but he is too embittered and obsessed with vengeance to notice.

The Ray of Light production clearly understands this and does it right. Campbell and Sheldra cut a much more ordinary-looking Todd and Lovett than the big screen pair of Johnny Depp and Helena Bonham Carter, which makes the humanity of their situation all the more apparent: these are two regular people in troubled circumstances, who are unable to reign in their emotions of blinding obsession and blinding affection, respectively. Sheldra strikes a very difficult balance between perversity and witty charm and Campbell remains relatable, despite his brooding extremeness. To his benefit, he has an exceptionally strong singing voice that could melt ice.

The play’s parallel love story, between Johanna and her rescuer, a sailor named Anthony Hope (Matthew Provencal), is utterly forgettable (though it does have the catchier song). It is hard to fault the director too much for this; the subplot is mostly formulaic Broadway cheese to begin with. However, this does cause the play’s second half to drag. At times I longed for a truncated version (this one runs almost 3 hours), Broadway fat trimmed to suit the small stage, the spotlight trained on just Lovett, Todd and his gleaming straight razor gripped tragically in between.