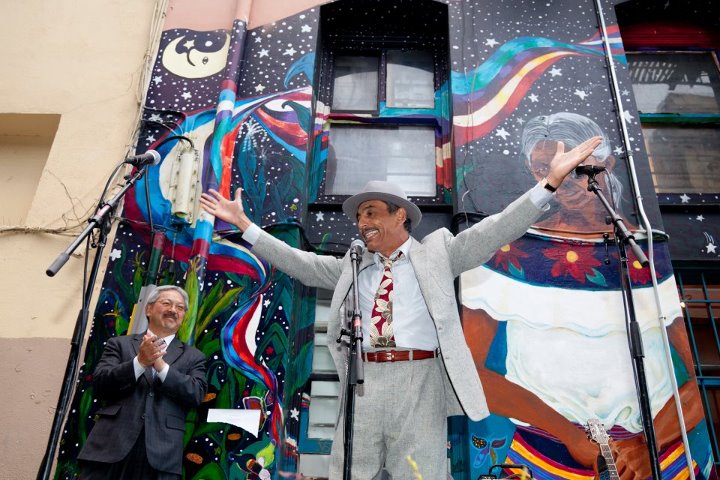 Lee welcomed Murguia and other poets in town for the four-day festival Thursday night. Jeffers said the mayor spoke about bringing more poetry into the city.

When Murguia was nominated he shared his goals to make San Francisco the poetic center of the Americas and wants to incorporate more poetry into the community, according to library officials.

Jeffers said the new poet laureate wants to spread poetry into schools, library and even jails, “so that hope might also spring from poetry,” as Murguia wrote about his new position.

Held in Jack Kerouac Alley in North Beach, the poetry festival kickoff was hosted by former city poet laureate Jack Hirschman, who conceptualized the celebration as his duty to bring poetry to the public. The festival continues today through Sunday.

The festival also includes poetry workshops later this afternoon at the San Francisco Public Library main branch adjacent to the Civic Center and returns to the plaza Saturday.

The poetry festivities will end in North Beach on Sunday with a poetry crawl.
For more information about the festival, visit its website at www.sfipf.org.