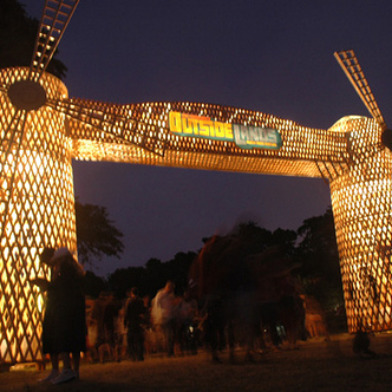 Wednesday morning, Outside Lands’ twitter was abuzz with hints at an unveiling. Now, the moment festgoers have been waiting for is here: the single-day lineups for the music festival have been announced, with Neil Young and Crazy Horse headlining Friday, Metallica headlining Saturday, and Stevie Wonder closing the festival on Sunday.

Single-day General Admission and VIP tickets go on sale this Friday, July 20th at 10am PST on the Outside Lands website. A significant portion of every ticket sold will directly benefit SF’s Rec and Park Department.

$95 gets you General Admission while $210 gets you VIP. No times have been announced but a daily line-up has been posted at lineup.sfoutsidelands.com, making picking a day to attend that much easier.

Also new is Outside Lambs and Beer Lands, along with the expansion of A Taste of the Bay Area and Wine Lands. Music aside, Beer Lands is what’s truly gotten people talking since the announcement.

Dave McLean, brewer and owner of Magnolia Gastropub, is curator and has chosen 16 breweries for a menu of over 30 beers. There’s even an Outside Lands Saison to be debuted at the festival, a Sierra Nevada creation from brewer Terence Sullivan.

Outside Lambs celebrates – what else? – lamb and is helmed by Chef John Fink of The Whole Beast. There are daily pop-ups galore so you can get your lamb on from the likes of chef Michael Mina’s team at RN74, Michael Mina, and Bourbon Steakhouse with such dishes as Moroccan Lamb Stew, Lamb Poutine, and the tried-and-true Gyro.

Look for more Appeal coverage of the event as it approaches, and be sure to follow @SFAppealOL the weekend of Outside Lands for live tweets and more!

The Outside Lands Single-Day Music Lineup: