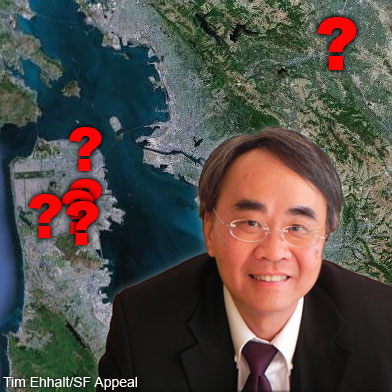 Union organizer Leon Chow, whose ties to residences outside of the district may constitute voter fraud, has withdrawn his candidacy for District 11 supervisor.

In a brief e-mail sent to the Department of Elections on Monday, Chow offered no explanation for the withdral of his candidacy.

“I am withdrawing my intention to run for District 11 Supervisor for the election in November,” wrote Chow, who sits on the executive committee of labor union SEIU-UHW, which represents healthcare workers all over California.

“Since I have not filed for Candidacy, I am notifying your department simply with this email, please let me know if there is any other process I will need to do. Please kindly remove my names [sic] from the Potential Local Candidate List in the department web site.”

As previously reported by the Appeal, Chow registered to vote at a house on Moscow Street in the district in 2008, but apparently continued to maintain a domicile at a condo in Walnut Creek. In a deposition given under penalty of perjury in 2009, Chow said he lived at the Walnut Creek condo.

Chow was registered to vote at the address of the Chinese Progressive Association from 2004 to 2008, records show. During that time, he conducted personal affairs, including a 2005 divorce, in Contra Costa County.

Chow told the Appeal that he lived at a series of in-laws in San Francisco and registered to vote at the CPA offices because he was not allowed to receive mail at the in-law apartments.

Earlier this month, Chow told the Appeal “I hope voters understand the issues of living in an inlaw unit,” comparing the situation to living as “a homeless person.”

Thia week, however, Chow did not respond to multiple messages seeking comment.

Chamber of Commerce CEO Steve Falk, with whom Chow serves as co-chairs of the Alliance for Jobs and Sustainable Growth, also did not respond to a telephone message seeking comment.

According to self-described “labor union related gossip site” Stern Burger with Fries, Avalos is reportedly an enemy of SEIU-UHW honcho Dave Regan, who, according to Stern Burger, helped push Chow to run for office against him.

Avalos is a member of the Board’s progressive wing and was runner-up to Mayor Ed Lee in last year’s mayoral election.