Baby Gulls To Emerge From Nest Atop WW II Cannon 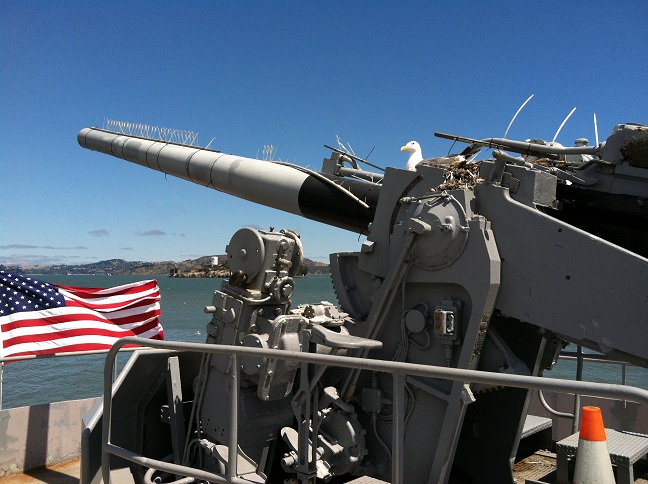 A pair of Western Gulls with a nest on a famous World War II ship docked along San Francisco’s waterfront are about to become parents.

The two gulls, named Claudia and Charles de Gull, have two eggs in a nest they built atop a cannon on the SS Jeremiah O’Brien, a World War II Liberty ship that took part in the D-Day landings at Normandy in 1944.

The baby gulls are expected to emerge from their eggs within a week, National Liberty Ship Memorial executive director Dennis Koller said.

“They’re real close,” he said. “It could even be a in couple of days.”

Koller said this is the first time that a Western Gull couple has nested on the O’Brien, which is a National Historic Landmark currently docked at Pier 45.

“They’re around us all the time, but we’ve never had a nest on our ship,” he said.

Western Gull nests and eggs are protected but the Migratory Bird Species Act, so the all-volunteer crew aboard the O’Brien has been mindful of the nest, cordoning off an area around it to allow the gull family some privacy.