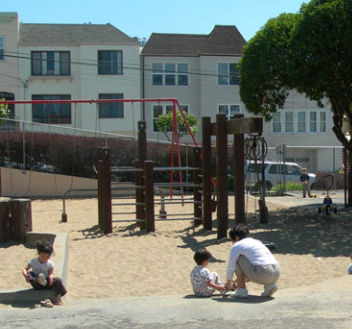 San Francisco Recreation and Parks officials broke ground Saturday on the renovation of Cabrillo Playground in the city’s Richmond District.

The 1-acre playground, built in 1938 at 38th Avenue and Cabrillo Street, is slated for a complete facelift that will include new play areas for toddlers and older children, the renovation of the 1945 clubhouse, and improvements to picnic areas, sport courts, paths, lighting, accessibility and landscaping, officials said.

The project, financed with a 2008 city parks bond, is set to be completed by June 2013.
The nonprofit Friends of Cabrillo Playground are working to raise $15,000 for capital improvements on the site. For more information, go to cabrilloplayground.org.