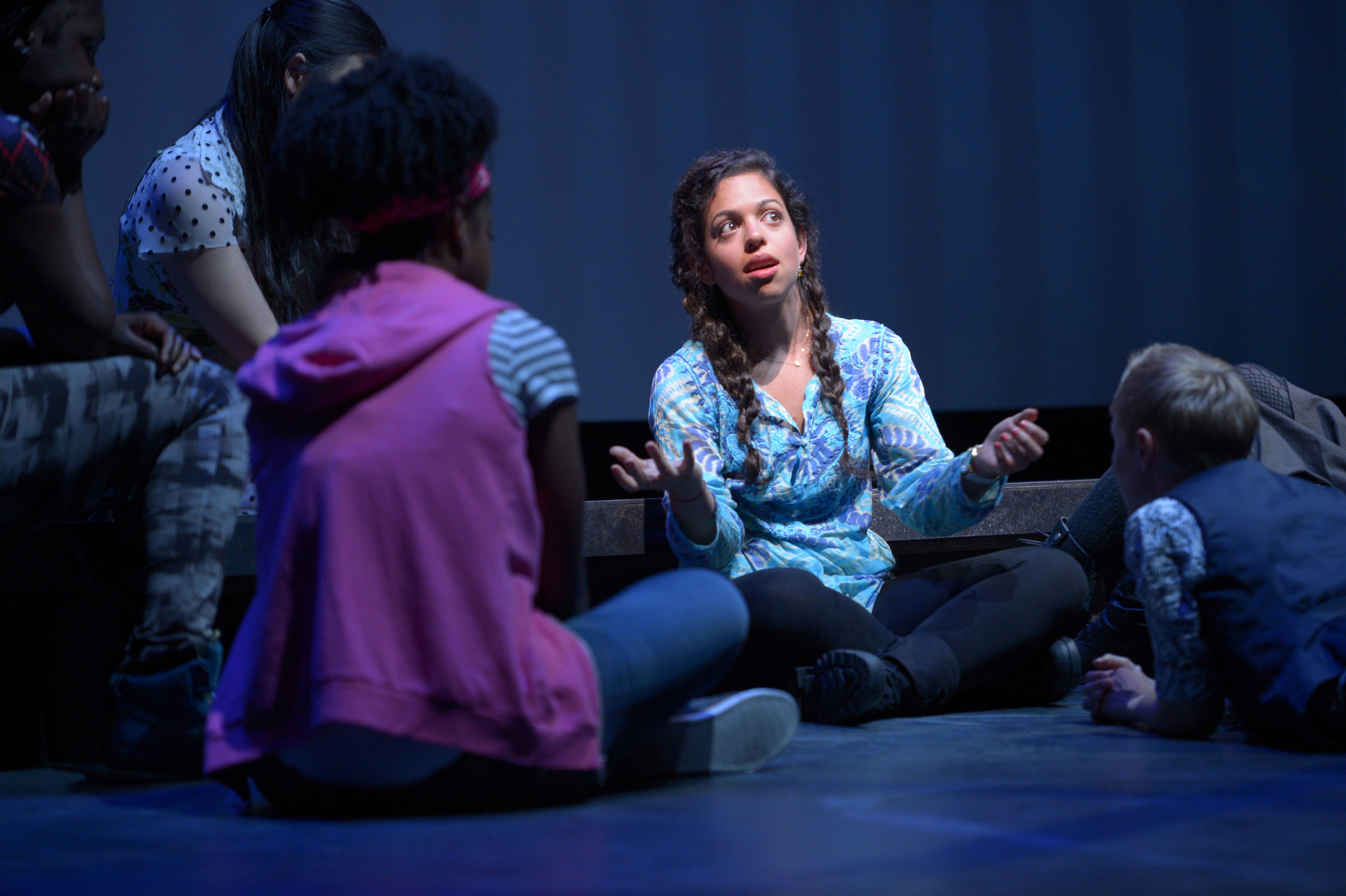 “Everything is intense to me,” sings one of the girls in Eve Ensler’s Emotional Creature. Her tone is not one of frustration or shame, but unalloyed celebration. “This is not extreme,” the character adds, “it’s a good thing.”

In interviews about Emotional Creature, Ensler (The Vagina Monologues) talks about how she went through much of her young adult life worrying that she was “too intense.” She now wishes she hadn’t, and the exuberant and teen-oriented Emotional Creature is her way of passing this wisdom along to today’s girls. Their empowerment depends on it, Ensler asserts.

What’s in a word? “Intense” lends itself to notoriously vague usage – a sloppy staple of stoner vocabulary. Like many vague words, it is also insidious, and in this case sexist. It has many valences of meaning, the most unpleasant of which is usually reserved to describe a woman’s personality.

I turn to my MacBook’s Dictionary App, comprised of definitions by the Oxford American Dictionary. It defines the term thus:

having or showing strong feelings or opinions; extremely earnest or serious: an intense young woman, passionate about her art.

Merriam Webster’s choice of example is no accident. Intense derives from the Latin “intendere,” meaning “to stretch toward” – a meaning that, as in the word “intend,” implies a host of “masculine” qualities: decision, deliberateness, resolve, action. “Intense,” however, actually comes from intendere in the past participle, as in “having been stretched tightly, strained.” The “feminine” qualities emerge: taut, overwrought (OAD sample sentence: “she was too overwrought to listen to reason.” No joke), irritable, anxious.

Emotional Creature is at times extreme – in addition to the more mass media-covered topics of high school cliquishness, eating disorders and unplanned pregnancy, the girls produce horrifying accounts of young women who have been kidnapped into sex slavery, are facing probable castration, and have been subjected to involuntary plastic surgery – but it is never “intense,” at least not in the degrading sense of the word.

Rather than anxious or overwrought, the young women in Emotional Creature are role models of bravery, self-possession, pride and fun. They take stands on larger social issues, they groove to Beyoncé’s “Run the World (Girls),” they revel in their short skirts (“My short skirt and everything under it is mine!”)

The play is colorful, high-energy, easily digestible by teenage and older audiences alike. Most importantly, it reclaims intensity in its positive valences – activism, deep feeling – for women.