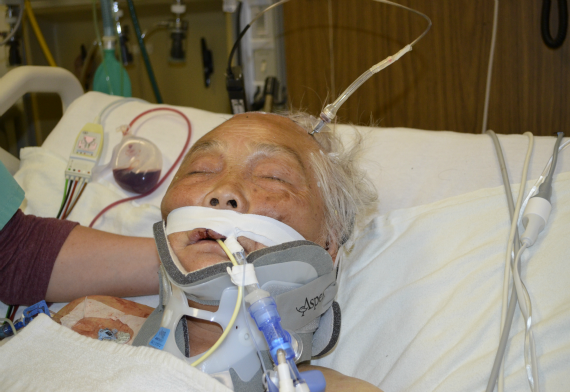 A San Francisco man has been charged with misdemeanor drunk driving charges in connection with an accident that left an elderly woman in critical condition, prosecutors said Friday.

Douglas Perine, 41, was arraigned Wednesday on misdemeanor charges of driving under the influence and driving with a blood alcohol level of greater than .08, said Stephanie Ong Stillman, a spokeswoman for the San Francisco District Attorney’s Office.

Perine was arrested June 8 after he struck and critically injured an elderly woman around 11:30 p.m. who was allegedly crossing against the light on Van Ness Avenue, according to police.

San Francisco General Hospital officials have been unable to identify the woman, who remains in critical condition and has been unable to tell staff her name. They have issued a call to the public for help.

She is described as an Asian woman in her 70s or 80s with gray hair and brown eyes. She is 5 feet 2 inches tall and weighs approximately 130 pounds. (That’s her pictured above.)

Perine’s next court appearance is scheduled for July 24, Stillman said.