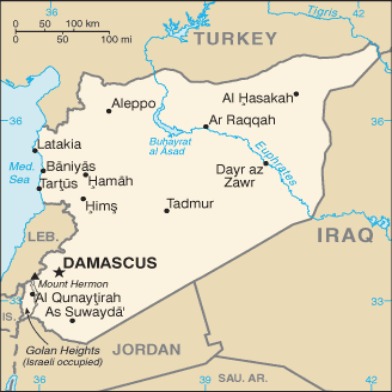 Following escalating violence in Syria, the Bay Area Syrian-American community rallied at a San Francisco plaza Saturday afternoon to raise awareness about the oppressive political power and killings in their home country.

As many as fifty members of the Syrian American Council of San Francisco chanted, raised flags and signs at UN Plaza near City Hall starting at 1 p.m. after last week’s massacre in Houla, Syria, which left more than 100 citizens dead, including children.

SAC board member Feras Alhlou, who lives in the Bay Area but has a sister living in Homs, Syria, said every Syrian-American has powerful stories about the violence affecting the safety and freedom of their relatives and friends in Syria.

Syrian President Bashar Assad has cracked down on protests that have swelled since an initial uprising in March 2011.

According to the United Nations 14,000 people have since been killed by the president’s government, which more and more people have been denouncing, Alhlou said.

Alhlou, who has lived in America for most of his life, said his native country has no free press and no opposition party, which makes for a dangerous situation as the uprising continues.

Today’s rally is also a call on American elected officials here in San Francisco, Sacramento and Washington, D.C., to push for a safety zone in the country.

“Shame on the international community,” Alhlou said. He emphasized supporters are not asking for U.S. troops to go to Syria but that there needs to be some political intervention.

Today’s rally is also intended to educate locals about Syria and clarify that the violence there is not a civil war, but an attack on civilians seeking democracy.

Alhlou pointed to several faces in today’s crowd who have connections to neighboring countries, such as Egypt, who have come out to support Syria in their fight for freedom.
He said last year’s “Arab Spring” has united the oppressed region and sparked a desire for freedom.