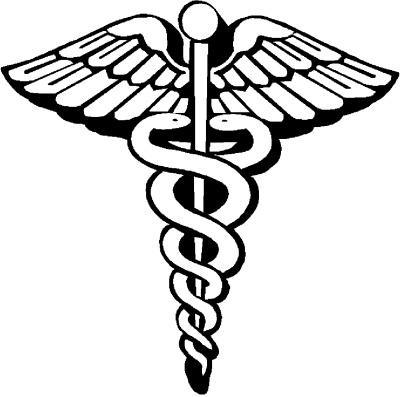 Each year more than 90,000 people nationwide in need of kidney transplants can remain on a waiting list for a matching kidney, either from a living donor or a deceased one, for months or even years.

Sometimes spouses, family members or friends will offer to donate a kidney to someone they know who is in need, but a match requires more than just good intentions. It requires compatibility, which is influenced by blood type, antibodies and other factors.

Thanks to a computerized algorithm used by San Francisco’s California Pacific Medical Center, the odds for patients enrolled in their kidney peregrination program have significantly improved.

The software more easily pairs matches for multiple-way transplants–like a four-way transplant, one involving four donors and four recipients, performed at the hospital on May 18.

Although each donor in that operation had someone willing to go under the knife for them, the people who readily came forward were not compatible, in most cases.

The kidney peregrination program, however, allowed for each of those willing donors to share their gift of life with one of the other recipients.

Until today, when all eight people were formally introduced at the hospital on Buchanan Street, the individuals involved did not know for sure who donated to whom.

“Some of the faces look a little bit familiar,” Bonnie Morrissey, 61, said as she looked around at the table where the donors and recipients were seated.

Although everyone involved in the four-way transplant nearly three weeks ago passed through the same preoperative area of the hospital and was able to steal glances and make guesses about the matches, “the hospital went to great lengths to make sure we didn’t know,” Morrissey said.

Moments before, in a heartfelt introduction, Morrissey, of Santa Rosa, embraced Gilbert Abeyta, 40, who donated his kidney to Morrissey after learning that he could not directly help his wife, Christina Abeyta, 43, who was also in need of a kidney.

“Not only did I help out one life, I saved two lives,” Gilbert Abetya said. “Not too many people would give up their kidney to someone they don’t know.”

All of the donors at today’s meeting said they did not have to think twice about making the life-changing, life-giving decision.

“If you can help one person, why not help more?” Monterey Morrissey, Bonnie Morrissey’s husband, asked rhetorically.

Initially, he had learned that he would be a compatible donor for his wife but later learned through the peregrination program that there was an even more compatible match available for his wife and that he could help someone else who had been unable to find a suitable donor.

In the absence of one of the needed pairs, sometimes none of the transfers can happen, which underscores the ability of the peregrination program to pair people from geographically disparate locations.

Among the eight people at today’s meeting, one couple, the Morrisseys, was from Santa Rosa, another couple, the Abeytas, was from California’s Central Valley, and the remaining donors and recipients were from two small communities near Lake Tahoe.

David Brady, 56, of Minden, Nev., had originally offered to donate his kidney to his friend of 27 years, Reagan Eilers, 57, of Carson City, Nev.

“It was the easiest decision I ever had to make because it was the right thing to do,” Brady said. It was Brady’s suggestion that the surgery be performed on May 18, Eilers’ birthday.

Initial tests indicated Brady and Eilers were compatible, but additional testing showed this was not the case.

Because of the pairing program, Brady was able to help another friend, Walter “Toby” Cooling, 67, of Gardnerville, Nev. But the two, friends of 17 years who both worked for Nevada’s Douglass County Sheriff’s Office, did not know the outcome for sure until today.

“I’m gonna pay for this the rest of my life,” Cooling joked.

The software that has led to the programs expanded success was developed by David S. Jacobs, who after enduring his own wait for a kidney almost eight years decided to apply his programming skills to help others in his situation.

Jacobs’ algorithm is designed to do the math required to match donors in minutes, not months, Jacobs said at today’s meeting.

When he first developed the software that more easily paired matches for multiple-way transplants, the technique was novel. In the years since it was first employed at the hospital, 61 translations 44 transplants have been performed because of the software, according to Dr. Steven Katznelson, medical director for the hospital’s kidney transplant program.

“In the old days, people would have to wait five to 10 years,” he said.

In the case of the May 18 four-way transplant, the Abetyas had been waiting since 2002.
It wasn’t until they changed their medical insurance recently, moving from a University of California at San Francisco medical center waiting list to the CPMC waiting list, that, in a matter of months, a suitable donor, Toby Cooling’s wife, Diane Ortenzio-Cooling, became available.

“It’s very exciting to be a part of something like this,” Ortenzio-Cooling said, as she held hands with Abetya after both wiped away tears after meeting.