Book Returns To SF Library 37 Years After Due Date 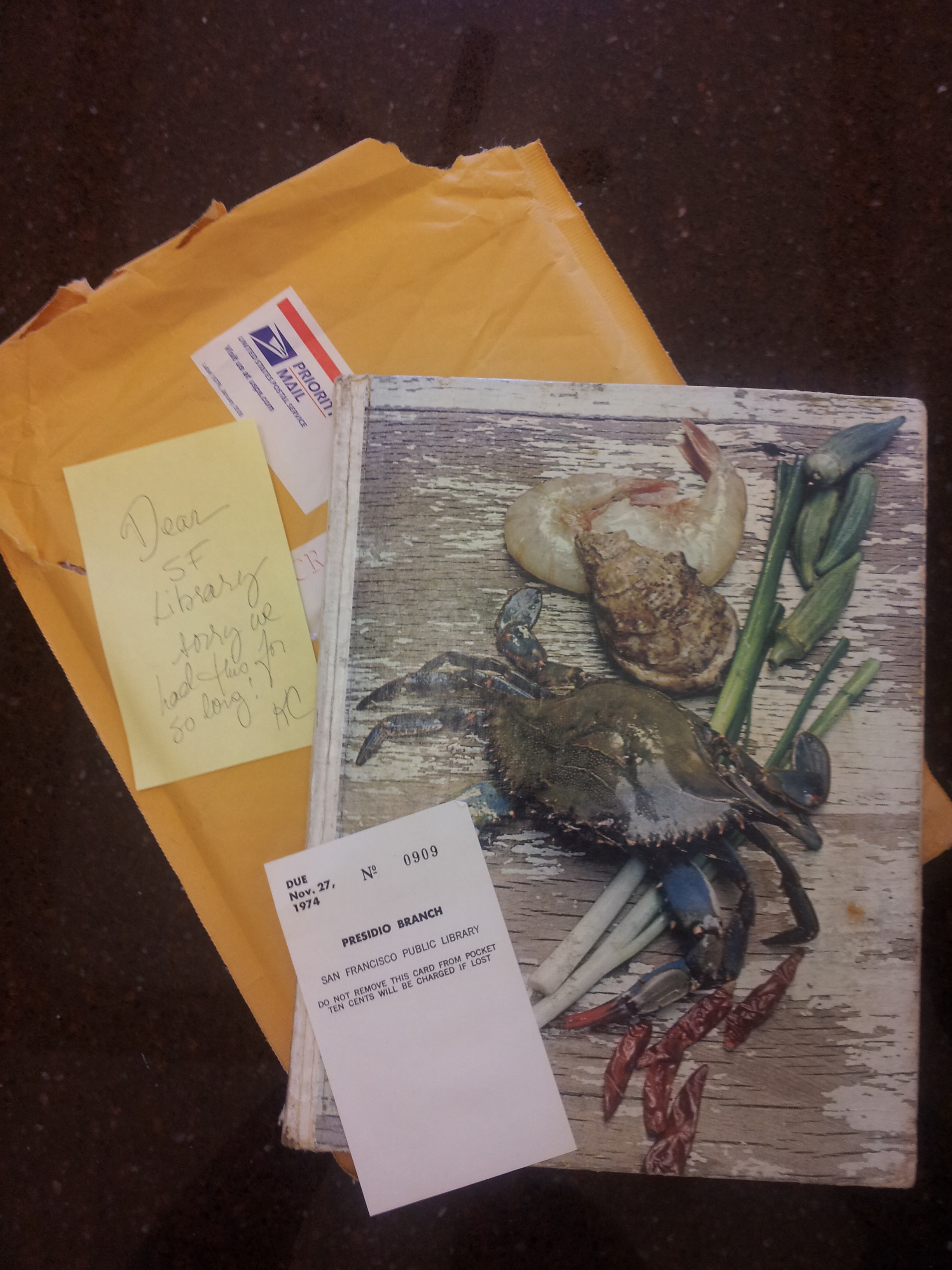 A Creole cookbook was returned to the San Francisco Public Library today more than 37 years overdue.

The book, “American Cooking: Creole and Acadian” by Peter Feibleman, was returned by mail to the Presidio Branch Library today from an address in San Rafael, said branch manager Megan Anderson.

It came complete with the original checkout slip from the Presidio Branch showing a due date of Nov. 27, 1974, and a yellow post-it note.

“Dear SF Library,” the note read. “Sorry we had this for so long! KC.”

Anderson said there would be no fine, and that she appreciated KC’s desire to do the right thing.

“No fine, no harm, no foul,” she said. “At this point there wouldn’t be any fine for a book that was probably borrowed by a parent or grandparent.”

Anderson did find some pleasure, however, in speculating on which recipes the borrower might have cooked.

“It looks really cool. ‘Voodoo Soup’ is one of the recipes here,” she noted, flipping through the pages. “Here’s a stain on gumbo–I bet they made gumbo.”

The library still has another copy of the cookbook in its collection, so no one was deprived of the chance to use it during its extended absence, Anderson said.

It’s not the first time a long overdue book has been returned to the Presidio Library, a small neighborhood branch dating to 1921 that was renovated just last year.

San Francisco Public Library spokeswoman Michelle Jeffers said when the library system held an amnesty program for overdue books in 2009, the oldest book recovered came from the Presidio Library. It dated to 1964.

“I asked Megan, ‘What’s the deal with your branch?'” Jeffers said.

“Apparently we have the most conscientious branch,” Anderson said.