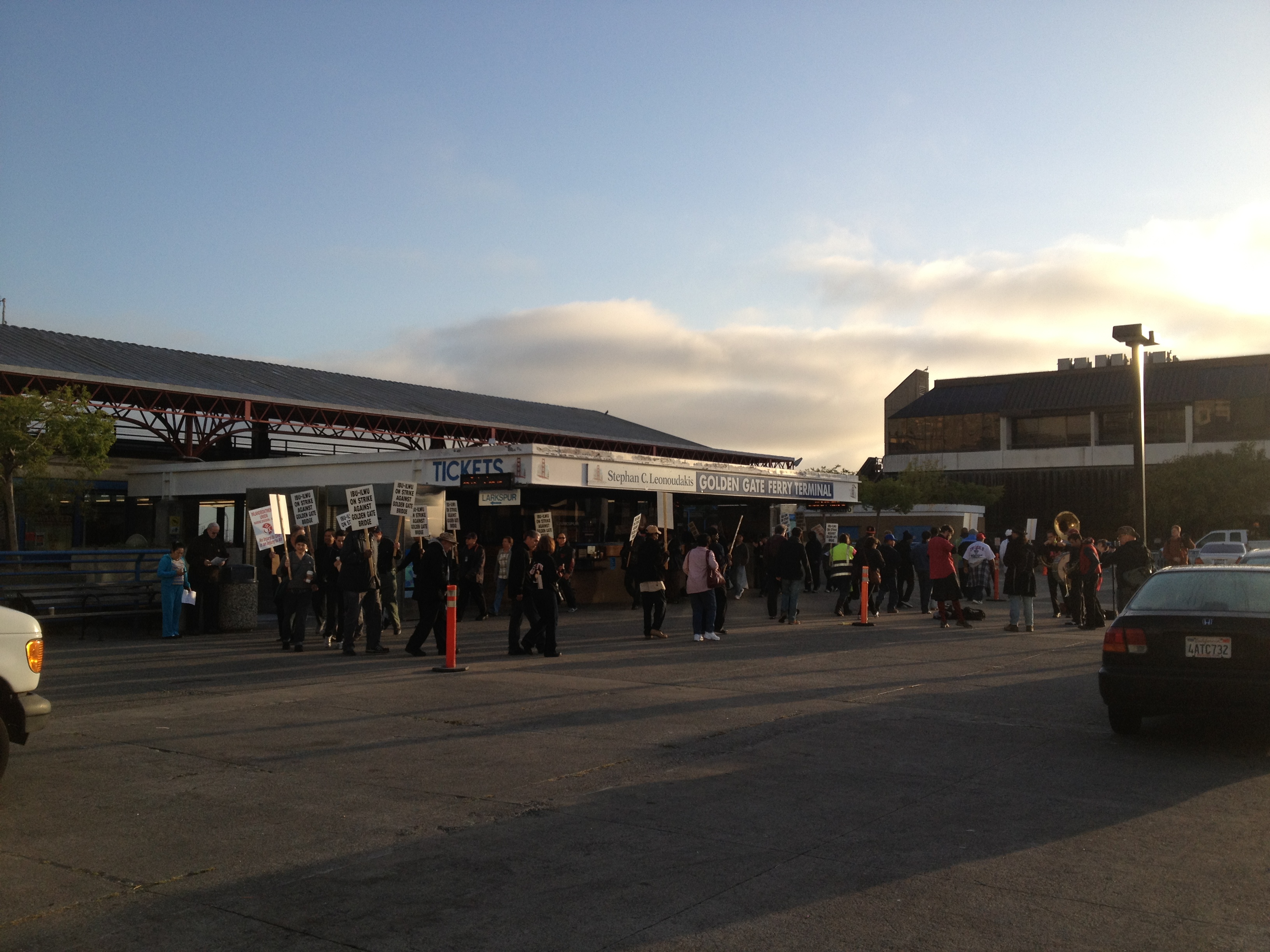 About 50 striking transit workers with the Golden Gate Bridge Labor Coalition gathered outside the San Francisco Ferry Building this morning to picket on the Embarcadero sidewalk.

The coalition had called for ferry service to be shut down today because of ongoing contract negotiations with the Golden Gate Bridge, Highway and Transportation District.
Workers are also picketing at the Larkspur and Sausalito ferry terminals.

The district canceled ferry service today in anticipation of the strike.

As of about 7:15 a.m., seven musicians had arrived at the San Francisco Ferry Building to support the picketers, who are carrying signs that say “IBU-ILWU on strike against Golden Gate Bridge.”

They have been chanting “IBU contract!” and “IBU on strike!”

About half an hour later, protesters in eight kayaks could be seen in the water near the ferry building. One had a sign reading, “99 percent.”