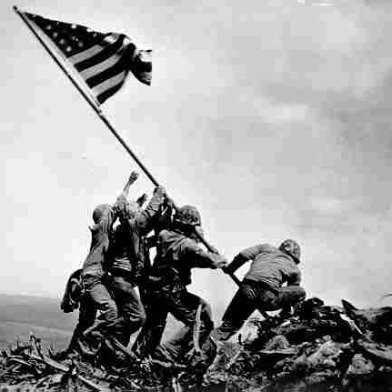 Hundreds of veterans gathered in San Francisco Monday afternoon to meet with members of Congress and Department of Veterans Affairs’ officials about their backlogged disability claims.

Additionally, an inspection by the department’s Office of Inspector General revealed 39 percent of sampled claims at the Oakland office were processed incorrectly.

The OIG report also said that as of December 2011 the average claim’s pending period was 269 days — 89 days longer than the targeted 180 days.

“It is a problem that we intend to have addressed…immediately, so that these claims can be handled in a timely manner consistent with the law,” Rep. Jackie Speier, D-San Mateo, said today.

“Our country is swift to go to war but not swift in responding to the war heroes when they come home,” she said.

Clark said the VA’s goal is to meet that 180-day mark with 90 percent accuracy by 2015.
To try to streamline the backlog, the Oakland office stopped taking new claims, filtering them to other VA offices around the country.

According to Clark, there are more than 600,000 claims backlogged in the 18 offices he oversees.

“We have the data, all of which is damning,” Rep. Barbara Lee, D-Oakland, said. “We will fix Oakland VA.”

Sgt. First Class Ari Sanderberg, who served three tours in Iraq as well as a tour in Bosnia, has suffered from post-traumatic stress disorder and brain trauma.

Sanderberg said he went more than a year and a half in the VA system without hearing back about his disability claim.

“I suffer from depression and the haunting memories of the horrors of war which has caused me to attempt suicide,” Sanderberg said. “I’d like to use this opportunity to express to the VA benefit section how the unnecessary delay, the loss of documents and the mishandling of information cause added stress and anxiety to my already difficult life.”

Sanderberg said it wasn’t until he called Speier that his claim was expedited.

“If it were not for her, I would still be floating around the system,” he said.

Dean Lundholm of Walnut Creek has been out of the military since 1991 and still goes to PTSD meetings. Lundholm, who had been in a coma and suffers from brain lesions, said it took him six years to get his claim adjudicated.

Lundholm said he has heard others talk about their struggles with the VA, including one veteran in his PTSD group who took a bullet in the head while serving in the Army in 2007.

“Now, he walks and talks so he can get a small medical retirement from the Army but no compensation from the Veteran’s (Benefits) Administration,” Lundholm said. “You can’t tell me that a guy gets a bullet in the head, has visible scars, and no compensation.”