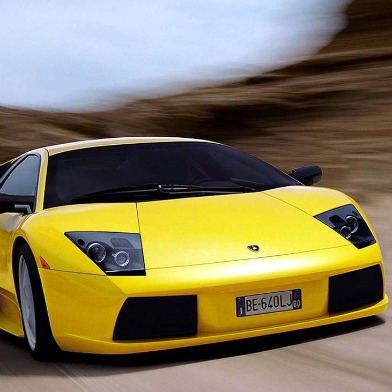 A 17-year-old boy suspected in an April shooting in Mill Valley and the theft of celebrity chef Guy Fieri’s yellow Lamborghini from a San Francisco dealership last year made a brief appearance in Marin County Superior Court this morning.

Max Wade, of San Rafael, has been charged as an adult with seven felonies, including two counts of attempted murder for the shooting, and commercial burglary and possession of a stolen vehicle for the Lamborghini theft.

He appeared in court at the Marin Civic Center this morning dressed in an orange jail jumpsuit, with short, dark hair and a thin beard.

He did not enter a plea, and will return to court June 20 for a hearing requested by his attorney, Charles Dresow, on whether the case should proceed in adult court or be moved to juvenile court.

Outside of court today, Dresow urged the public to keep an open mind about the case and remember that Wade is innocent until proven guilty.

“This will be a very complicated and sophisticated case,” he said.

Dresow said Wade’s family members are standing behind him.

“His family loves and supports and misses him,” he said.

The shooting occurred in the 100 block of Evergreen Avenue in unincorporated Mill Valley at about 11:30 a.m. on April 13.

Someone dressed in black on a motorcycle rode up to an occupied vehicle and fired a gun at the people inside from close range, according to the Marin County Sheriff’s Office.

The two occupants of the car, an 18-year-old man and a juvenile girl, were injured by broken glass but weren’t seriously hurt.

In the Lamborghini theft, someone entered the British Motor Car Distributors dealership on Van Ness Avenue early the morning of March 8, 2011, by rappelling down from the roof of the building and going through a window, police said.

The thief then drove off in the bright-yellow Lamborghini, valued at $200,000. The car belongs to Fieri, known in part for hosting NBC’s “Minute to Win It” and the Food Network’s “Guys’ Big Bite.”

The car was found April 28 in a storage facility in Point Richmond by authorities investigating the shooting. The storage unit was registered to Wade, according to the sheriff’s office.

Wade is being held in Marin County Jail on $2 million bail.

The seven felony charges filed against him also include taking a vehicle without the owner’s permission, driving a stolen motor vehicle, and shooting into an occupied vehicle for the April 13 incident.