“Music is really good right now”: (Half Of) The Crystal Method, Interviewed 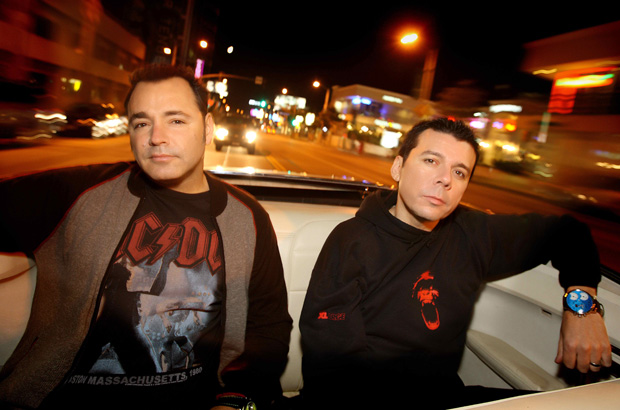 The Crystal Method has seen electronic music blossom from the soundtrack of underground warehouses to the backbone of global pop, and they’ve been deep in the scene since the very beginning. The Los Angeles duo teamed up in the early 1990s and has been pumping out heavy, distorted electro since.

Their first album, Vegas, was released in ’97 and is certified platinum; but with the resurgence of electronic dance music, the two have managed to stay relevant in a scene full of young, celebrity DJ’s. Their career is about as old as some kids they share the stage with (looking at you, Madeon and Porter), but we called Scott Kirkland to get some insight into how The Crystal Method continues to stay on the radar.

Catch them at the both editions of the I Love This City festival this weekend.

You guys were really popular back in the 90s, but lately electronic music has hit a high point, how does that feel?

It feels good. I guess it’s not any kind of feeling of vindication. I do appreciate the fact that most people are finding something in the scene and music that I found, and have been a part of for a long time.

It’s a scene built of people having a unified energy and just letting loose all the baggage that they carry with them, and I think that’s a great thing about the scene, it’s a place where people can go and have a good time. It’s a good thing for the body, the soul and the mind. And it’s great that a lot of people are finding it.

Do you ever feel like people are jumping on the bandwagon at all, though?

When I was growing up I knew people that would be wearing the [band] shirt before it was cool, and then as other kids starting wearing the shirt, then they would dismiss the band. It’s something they really like – the art, the song the book whatever, and it’s something they don’t want to share with people – I never got that.

If the bandwagon is leading to a better place, then let’s get more on the bandwagon; as long as the wheels don’t fall off and we’re stuck in some country-western town (laughs).

What’s your strategy on keeping the name and music of The Crystal Method relevant when there is so much more electronic music around now?

It just takes an appreciation. There’s no way we can do anything other than what we do. We’re lucky we’ve built up a fan base, and we’ve just tried to stay true to our sound. That’s an interesting thing about the I Love This City Festival. I think what Skrillex and the rest of them are doing in this next level of electronic music, they’re losing that rock star Dj attitude – that word has a lot of different meanings – but the way you connect with each other.

I’ve had some great conversations with Sonny (Skrillex) and his crew about that, always having respect for where you’ve come from and who you are. If you’re not kind, and you don’t take the time to communicate and make a connection with someone, it creates a virus in the whole system.

What music have you been listening to lately?

I love playing music at the house. That band Cults is really cool, Childish Gambino, Kill the Noise, Feed Me. Zed’s Dead and Omar Onyx, that record is amazing. I like that Lana Del Ray record, just bought the new Rufus Wainwright record. Music is really good right now; I like a lot of different things.

What’s the difference between playing an electronic show in the ’90s and one in 2012?

I don’t think there are many differences. We’ve done a lot of different shows; we’ve done big raves, small clubs, raves on farms, raves in parks. That one in San Francisco a few years back, Love Fest, our dressing room was basically City Hall. What we find now is things are bigger and things are produced better. There’s a great attention to detail.

People still love the music and love the vibe. There are always a few bad apples, but people still leave their cynicism at the door and that’s a great thing.