This year, the production features all new sets and costumes designed by Martin Pakledinaz. The painted backdrops, in warm hues of corals and peaches, harken back to a Mediterranean village near the sea, and the costumes, especially the ladies’ dresses, move like a soft breeze on a warm summer’s day. The men’s costumes, for the most part, were nothing out of the ordinary, although I kept mistaking the six toreadors for University of Florida marching band members.

The ballet comes in at two and a half hours, but it whips by in no time. With deep belly laughs, bravado, masterful technique, and uplifting choreography, “Don Q” has something for just about everyone. In fact… 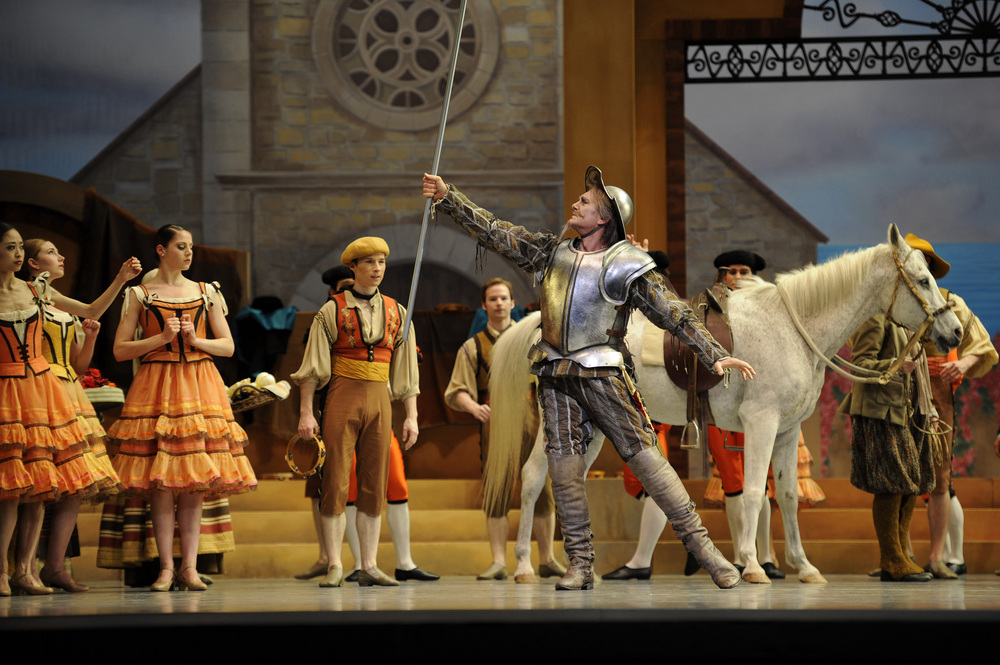