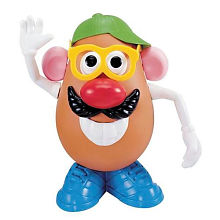 A man was arrested after brandishing a potato peeler and robbing another man in the restroom of a restaurant in San Francisco’s Mission District on Tuesday night, police said.

The 55-year-old victim was in the restroom when the suspect entered, took out the potato peeler and put the victim in a headlock, according to police.

The suspect then stole the victim’s wallet and ran out of the restaurant, but the victim chased after him and tackled him on the sidewalk, police said.

Officers driving by witnessed the incident and arrested the suspect, a 26-year-old man, police said. The man’s name has not yet been released.