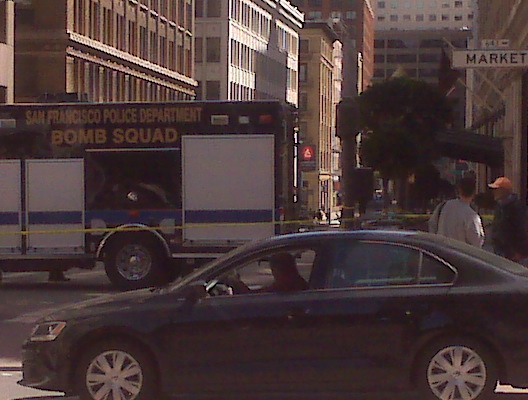 The discovery of a suspicious device prompted a shelter-in-place order on New Montgomery Street in San Francisco this afternoon, a police spokesman said.

When officers arrived in the area at about 12:20 p.m., they decided to issue a precautionary shelter-in-place order for the block, Shyy said.

“They determined that this possibly might be more serious,” he said.

A bomb squad responded, and New Montgomery Street was shut down between Market and Jessie streets.

The bomb squad removed the object and took it away to be “rendered safe,” and the shelter-in-place order was lifted shortly before 2:30 p.m., he said.