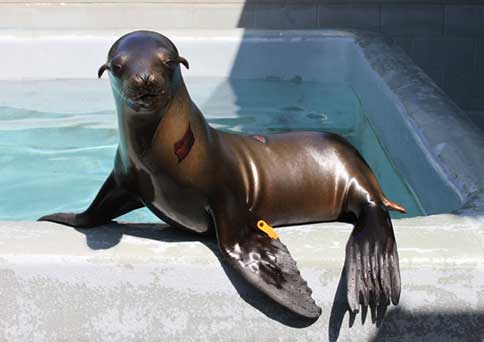 The Marine Mammal Center on Tuesday will say goodbye to a young California sea lion pup that was rescued last month near Alcatraz Island.

The pup, named Al Catraz after the island, was found on March 21, malnourished and in a dangerous spot near a busy commuter ferry crossing, according to Marine Mammal Center officials.

The pup was too weak to eat on his own and had to be tube-fed at the center, located in the Marin Headlands.

After a month of special attention and care, Al Catraz regained his strength and has been deemed fit to return to life in the wild, center officials said.

The young sea lion will make his first splash back into coastal waters in Point Reyes on Tuesday afternoon alongside two other Marine Mammal Center sea lion charges, Puptart and Hawthorn.