Can You Drive 55? Soon You Might Have To (Poll) 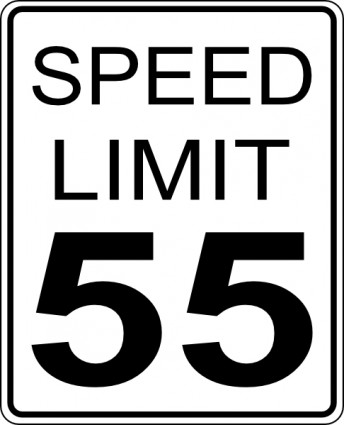 Nobody likes air pollution but even less like commuting, especially in the Bay Area. Unless you’re kayaking in from the bay, sitting in bumper-to-bumper traffic is about as unpleasant as watching paint dry, only with the added bonus of potentially being late for work. As KCBS reports, state law requires that the Bay Area reduce its greenhouse gas emissions 15% by 2035.

How might that effect our awful commute, you ask? One of the suggestions, which is projected to reduce our emissions by a whopping 6%, is to drop our freeways’ speed limit from 65 MPH to 55 MPH. Officials stress that this is just one idea under consideration in the Plan Bay Area carbon reduction program.

So far it seems no one is embracing the suggestion, however. Commuter Dan Dubuque, who treks from the North Bay to SF and back each day, tells KCBS “People don’t comply with 65, so asking people to comply with 55 is asking too much.”

Katie Youstos believes it’s vehicle design that needs to change, not the speed limit. Says Youstos, “It’s probably going to equal out the amount of greenhouse gasses out there anyways. It’s definitely not the best solution. It’s an obvious one which is usually not the best one.”

So, what do you think?