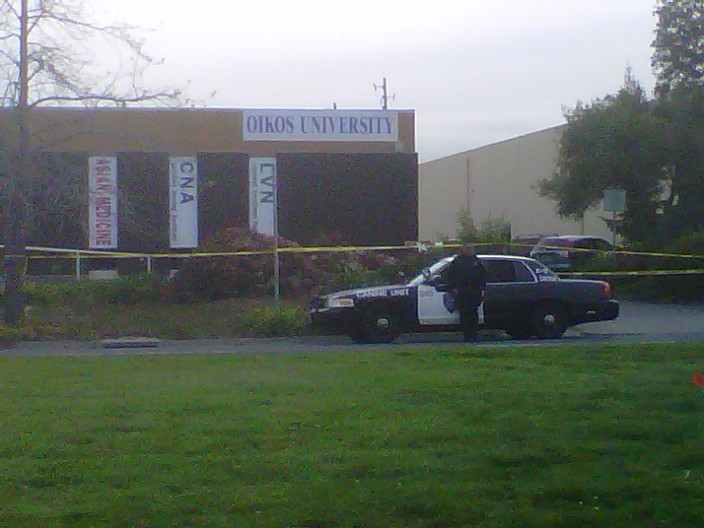 The suspect in a mass shooting that left seven dead and three injured at Oakland’s Oikos University on Monday is cooperating with investigators but shows little remorse for his actions, police Chief Howard Jordan said this morning.

Speaking at a news conference at around 6 a.m. today, Jordan revealed that the shooter has provided police with details about how he committed the killings.

The suspected shooter, 43-year-old One L. Goh, had been expelled from the East Oakland school for behavioral issues, Jordan said.

He was looking for a particular administrator at the school when he started his rampage, but while Jordan would not reveal her name, he said that she was not at the school at the time.

The seven victims killed at the school were mainly students, Jordan said. One of the deceased was employed as a secretary.

The six women and one man who were killed were all adults over 21-years-old and were from several different countries, including Korea and Nigeria.

Police are continuing to gather evidence at the school this morning. Jordan said that police had not yet recovered the gun used in the killings.