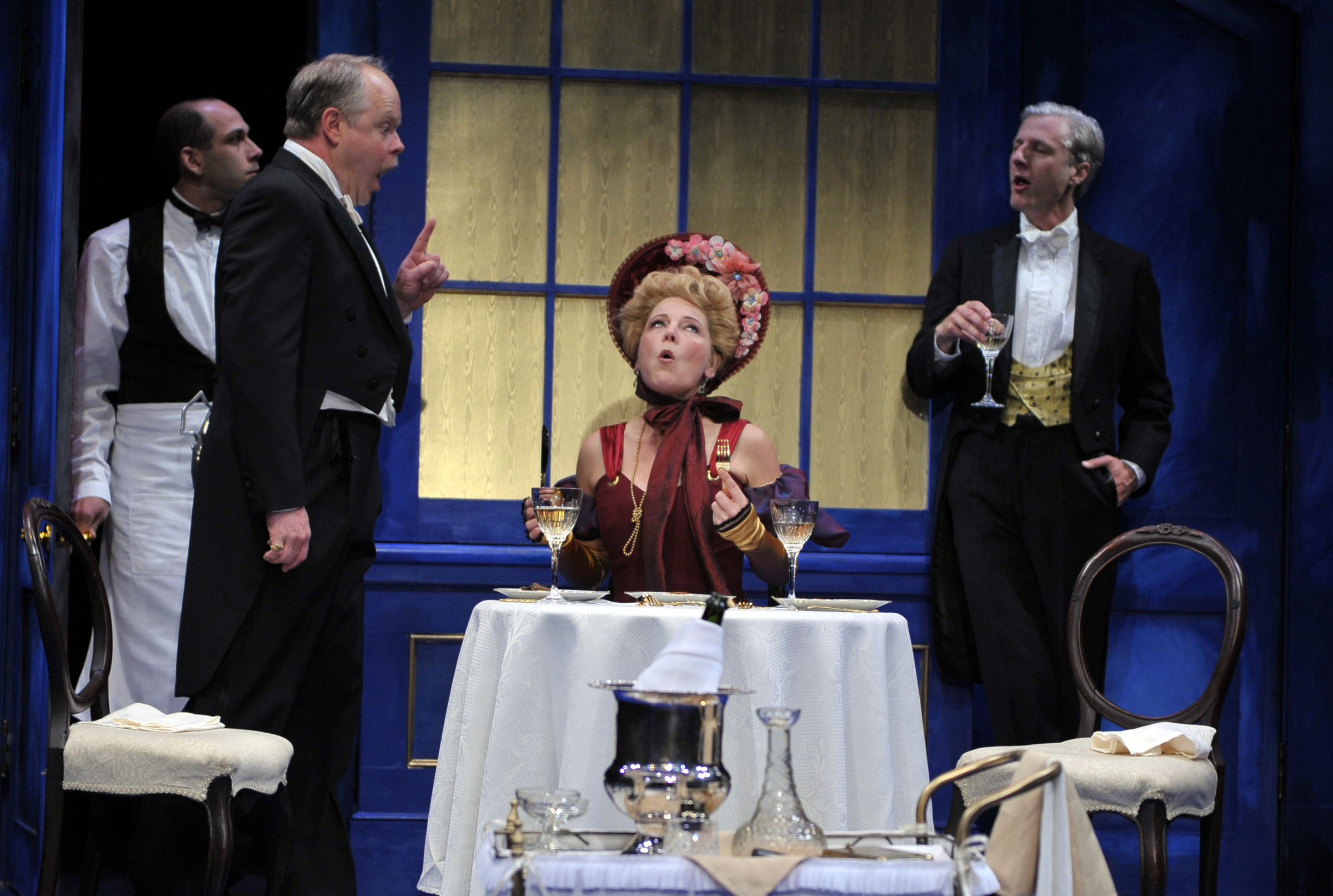 What is a sitcom, but a series of episodes making light of life’s little tests — frequently sex-related ones? By this definition, the typically televised genre gains an unlikely member: Anatol, a play in six scenes by late 19th century Viennese proto-Freudian author, Arthur Schnitzler.

Outside of a few intimate circles, Schnitzler has by now drifted into obscurity. If you know him it all, it is probably through Stanley Kubrick. Schnitzler’s über-Freudian “Dream Story,” about a Viennese doctor’s surreal sexual odyssey, was the basis for Eyes Wide Shut, the illustrious director’s divisive final film.

Anatol deals fundamentally with the same themes as “Dream Story” — the psychological nature and limits of fidelity, deception, and the deeper significance of perverse sexual trysts. However, where Eyes Wide Shut is serious as a heart attack, the Aurora Theatre Company’s production of Anatol, translated by Margret Schaefer and directed by Barbara Oliver, makes intelligent comedy of its Freudian script. It is rife with spirited and highly articulate hijinks.

At the play’s center is Anatol (Mike Ryan). Bourgeois philanderer and self-described “frivolous melancholic,” this poster boy of fin de siècle excess is at once a hopeless romantic, self-scrutinizing neurotic and caddish playboy.

In six narratively unrelated scenes, each involving a different lover (all cartoonishly overacted by Aurora regular Delia MacDougall), Anatol seduces and dumps, humiliates and confounds his unhappy partner – and, to the audience’s amusement, receives his due in turn. At his side, the more grounded (but happily complicit) best friend, Max (Tim Kniffin), is on hand to provide an infinite stream of sardonic commentary, witty and marvelously deadpan throughout.

The play is at its best during its most raucously, Wilde-ishly farcical. In one epically champagne and oyster-fueled scene, Anatol sits down to dinner with Max and a woman he has prepared to break up with (Max is ridiculously on hand to “shut the eyelids of our dead love” when the time comes). But when Anatol discovers the woman to have the same plan – she has fallen for a man who is poor “but very attractive” – he quickly begins a petty and rapidly escalating initiative to regain the upper hand in the breakup. It could be described as Costanza-esque.

The trouble with a sitcom-like play – one without a single towing narrative – is that when the show falters, it falls hard. On a few occasions, the idea of fast-forwarding to the next scene seemed appealing; a mute button for MacDougall’s bizarre, grating accents would also have been helpful.

There is a reason for the American theater circuit’s having largely dropped Schnitzler, and it is not just Freud going out of fashion. Anatol could certainly be trimmed, at no great loss. In the hands of a gifted translator like Schaefer, the playwright does stand to offer some freshly unusual theater, and some very funny situations.

Anatol runs through May 13 at the Aurora Theater Company. Tickets can be purchased here.