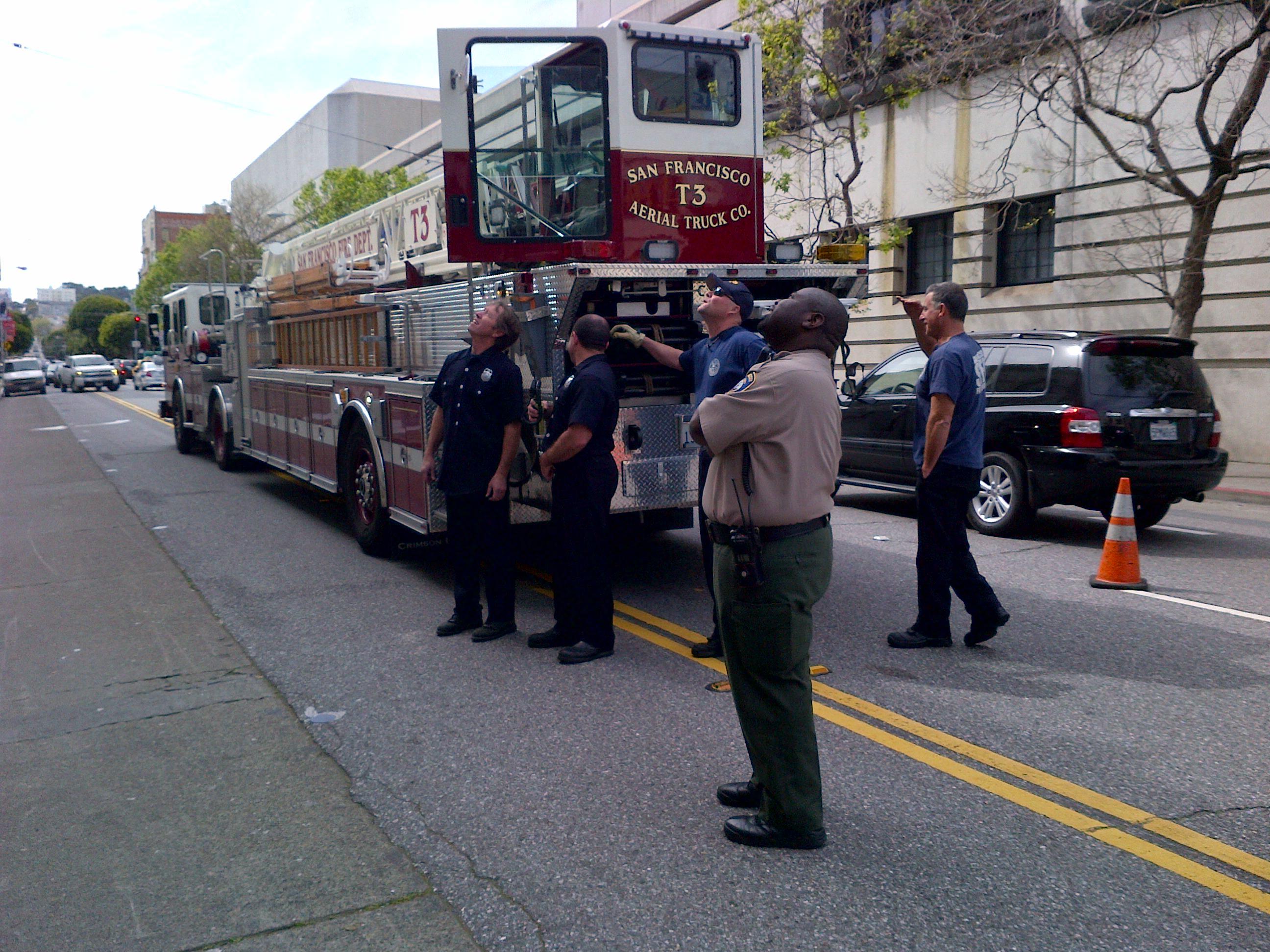 It wasn’t a cat in a tree but rather a bird trapped in some netting three stories up that gave one San Francisco firefighter the chance to be a hero today.

Firefighters were contacted by San Francisco Animal Care and Control at 2:49 p.m. about a crow that had gotten caught in netting near the roof of the San Francisco Unified School District building at Van Ness Avenue and Hayes Street.

Truck 3 headed to the scene, parked on Hayes Street and raised its ladder, and firefighter Dan McCloskey climbed up.

A small crowd gathered on the sidewalk watching the bird hop around in the netting as McCloskey cut a corner of the net. He came down and the ladder was lowered, and firefighters watched and waited for the bird to break free.

After several minutes it found the hole in the netting and flew away, drawing cheers from the street below.

“There he goes,” McCloskey said.

He said bird rescues are not uncommon, and that freeing the critter was all in a day’s work.