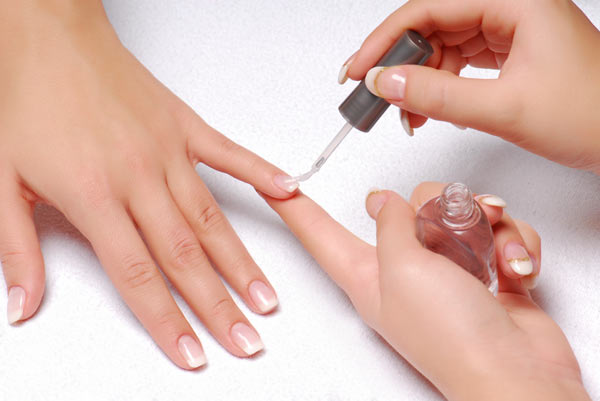 Department officials held a news conference this morning at Laney College’s School of Cosmetology in Oakland to discuss the hazardous chemicals in nail polish and reveal the findings of their report.

According to Karl Palmer, a spokesman for the DTSC, the study tested 25 random nail polish products for sale by six distributors in the San Francisco Bay Area. The report showed that 10 of the 12 products that claimed to be free of toxic ingredients on their labels in fact contained hazardous chemicals.

Palmer said three chemicals known as the “toxic trio” were prevalent in the polish. The chemicals toluene, dibutyl phthalate, and formaldehyde make up the trio and are believed to cause respiratory harm, reproductive issues and cancer.

Palmer said a high level of inconsistency was discovered in product claims. He called for manufacturers who print false information on their packaging to adhere to state law for everyone’s safety.

“We know and they know there is a hazardous chemical in it,” Palmer said.

Hue Nguyn, a nail technician from Vietnam who works in San Leandro spoke through an interpreter at this morning’s press conference. Nguyn said she had worked in a nail salon for eight years before being diagnosed with breast cancer in 2008. She said she is now in remission and works fewer hours.

“I know it is not good for my health to be exposed to the toxic chemicals 10 to 12 hours a day,” Nguyen said.

Sushma Bhatia, the Toxics Reduction Program Manager at the San Francisco Department of the Environment said that in San Francisco alone there are about 200 nail salons that employ about 18,000 nail technicians, most of whom are female.

“Manufacturers need to be prohibited from using the toxic trio. We need to be sure that labels are accurate,” Bhatia said.

State Sen. Leland Yee, who authored a law in 2006 requiring sanitary conditions at nail salons said today that he wants to stiffen penalties for nail polish manufacturers who mislabel their products.

“There are no excuses for manufacturers to mislabel their products. If they can’t clean up their act on their own, then we have no choice but to force those changes by law,” Yee said in a statement today.

Yee said he plans to review existing penalties to determine if they should be increased or if particular chemicals should be banned outright.