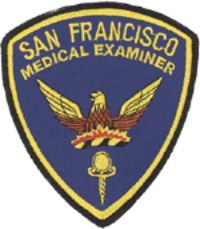 A woman found dead, floating in the waters near Fisherman’s Wharf Tuesday morning has been identified.

As previously reported, authorities responded at 11:19 AM Tuesday to a report of a body spotted floating out from under Pier 45, located at the popular tourist destination, fire spokeswoman Mindy Talmadge said.

The body was spotted by a tourist who notified an employee at a nearby store, who subsequently called authorities, police spokesman Officer Carlos Manfredi said.

Firefighters were able to retrieve the body despite windy conditions that Talmadge said were “not very conducive to jumping in the water.”

There were no obvious signs of foul play, Manfredi said Tuesday.

The medical examiner’s office also responded and has took custody of the body, Manfredi said.

The Chron reports today that the ME’s office has identified the woman as 60-year-old Sf resident Mi Ryong Park.

Her cause of death remains unknown, reports the Chron, as the medical examiner has yet to perform an autopsy. That procedure is scheduled for today, reports Bay City News.