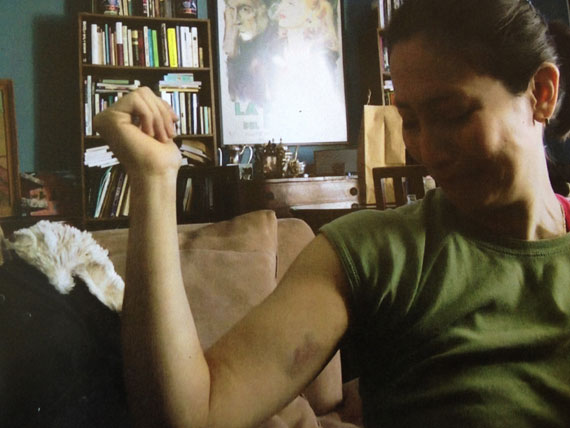 Defense attorneys for Sheriff Ross Mirkarimi Friday made a motion to have a key piece of video evidence excluded from his upcoming trial on domestic violence charges.

Defense attorney Lidia Stiglich filed a motion today saying the 55-second video, which reportedly shows Mirkarimi’s wife Eliana Lopez crying and pointing to a bruise on her arm, should not be admissible because it violates Mirkarimi’s right to cross-examine witnesses.

Mirkarimi, 50, faces charges of misdemeanor domestic violence battery, child endangerment and dissuading a witness in connection with a Dec. 31 incident in which he allegedly grabbed Lopez’s arm during an argument, causing the bruise.

While the video, which Lopez created with the help of neighbor Ivory Madison, has been admitted as a spontaneous admission, it was created as possible testimony in a criminal or family court proceeding, Stiglich said. But without testimony on the stand from Lopez, the defense can’t properly respond to that testimony in the trial.

“I don’t think any of us should agree that we should be tried by video,” Stiglich said. “You can’t cross-examine a video.”

The motion is the second filed in an effort to exclude the video, which prosecutors have said is key to their case against Mirkarimi.

After Judge Garrett Wong allowed the use of the video last week, Lopez’s attorneys filed an appeal of the ruling, arguing that Lopez was under the impression Madison was an attorney, and therefore the video should be excluded as the product of attorney-client privilege.

The panel sided with prosecutors, who argued that attorney-client privilege did not apply because Madison, who did attend law school, is not a licensed attorney. Prosecutors argued that Lopez never described Madison as anything other than a friend and neighbor prior to the filing of that motion.

Lopez’s attorney Paula Canny appealed the ruling today to the state Court of Appeal, according to San Francisco Superior Court spokeswoman Ann Donlan. Canny could not be reached for comment this evening.

Wong did not rule on Stiglich’s motion today, or on a previous motion from the defense attorney seeking to move the trial to a different county. Stiglich has argued that extensive media coverage of the case has made it impossible for Mirkarimi to get a fair trial in San Francisco.

Wong did rule today that prosecutors can introduce testimony from University of California at Berkeley School of Law lecturer Nancy Lemon as an expert witness in the trial.

Lemon, who has written a standard textbook on domestic violence law, consulted on numerous legal cases and helped write state laws on the subject, will be allowed to testify on the typical behavior of domestic violence victims and abusers, Wong ruled.

In court today, she testified that it was very common for victims of domestic violence to minimize or recant allegations, and that victims of abusers with prominent positions in society are even less likely to come forward. Speaking in general, rather than about the Mirkarimi case in particular, she said it was common for victims to avoid telling the police.

“In my experience, victims of abuse are more likely to tell someone who is close to them, whether that is a family member or neighbor or friend, than to tell someone in authority,” Lemon said.

Mirkarimi’s trial is expected to resume Monday with jury selection. A total of 144 jurors are expected to report for questioning, according to court officials.