“We’re a little apprehensive about opening for Perfume Genius,” Parenthetical Girls frontman Zac Pennington admitted. “They’re a very sincere, no bullshit kind of band. Really deliver with their hearts. We,” he joked, “are a lot of bullshit. As you can tell.”

His point was well demonstrated. Pennington is a performer with a capital “P”. He wields a bellowing tremolo and compulsively illustrates his lyrics with hand gestures. Over the course of the performance he swung from a pipe, convulsed on stage and twice leapt into the audience, winding up supine on one of Cafe du Nord’s tables. His band supported him in these theatrical flourishes with a decent flow of indie rock. 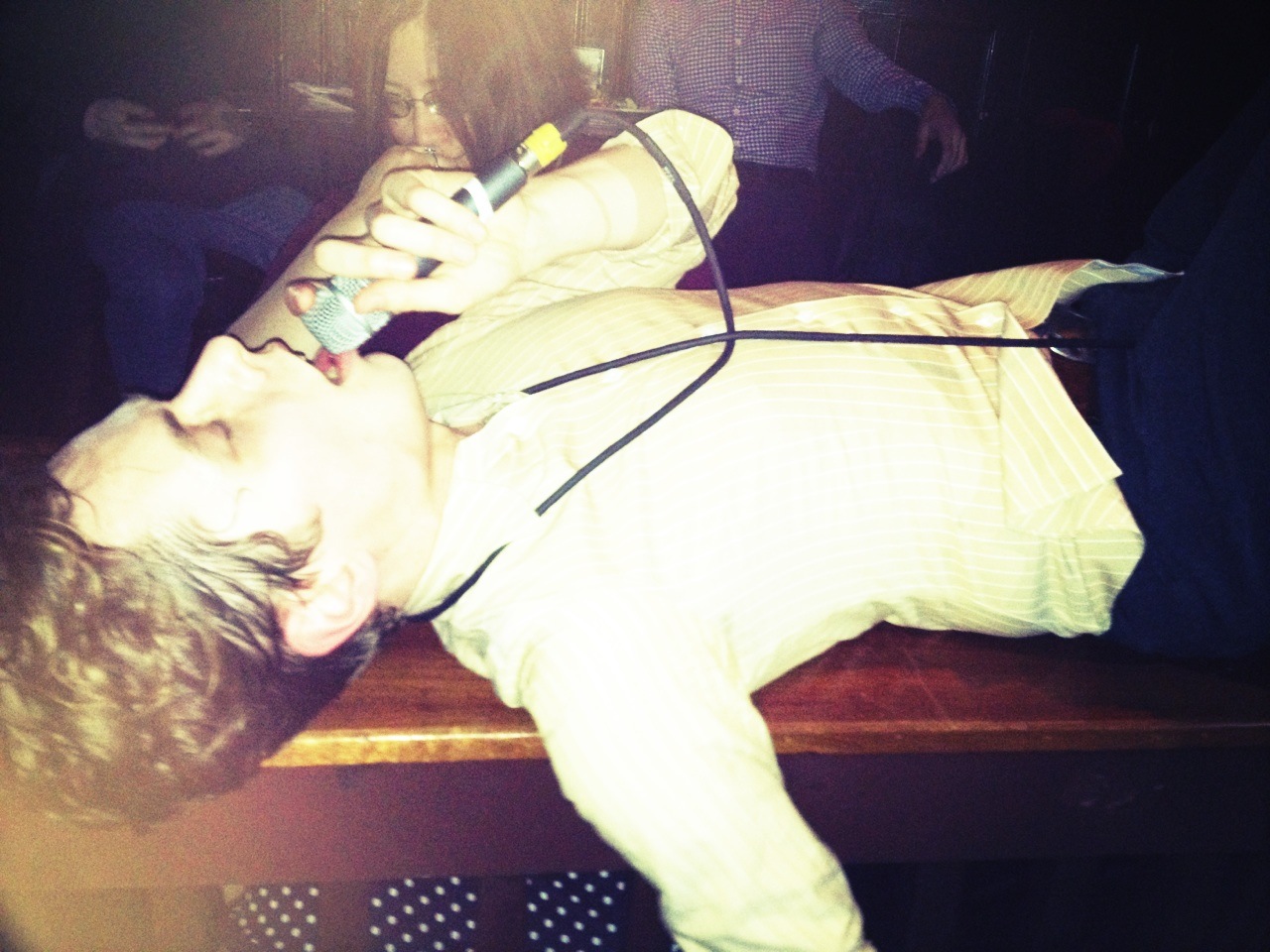 Perfume Genius was, indeed, a stark change of pace. Mike Hadreas, the singer/songwriter behind the moniker, appeared on stage without fanfare, looking boyish in a flannel and a loose pink pullover. He sat down with his other two band mates and promptly launched into a melancholy, keyboard-led dirge.

Perfume Genius is something of a campfire band – sincere, warming, seated. Some audience members held hands. “I’m taking you through it,” Hadreas joked, referring to the unrelenting heaviness of his music. “Y’all need to stop holding hands over there. You’re gonna make me cry the whole time.” After a second’s hesitation, “in a sweet way.”

Hadreas bears his soul in his songs, hinting at a traumatic past while maintaining an inspiring hopefulness toward the future. While singing, his face strains and contorts, apparently in concerted effort not just to hit the notes, but to confront the subject matter.

The audience was more than familiar with his work, which made the performance all the more poignant. A dozen cell phones went up to illuminate his performance of “All Waters,” capturing his delivery of the central, yearning line: “when I can take your hand/ on any crowded street/ and hold you close to me/ with no hesitating.”

In sheer contrast to the theatrical inclinations that animated the opener, Perfume Genius was an extremely humble performer — perhaps too much so. His renditions were simply faithful, never augmented.

After one rendition of “Hood,” a two minute single that, once planted, will play in your head for days on end, the audience resolved to make an imposition on the straightforward performer. An enthusiastic round of applause gave way to shouts of “Just play it again!” More applause. “Okay,” Hadreas grinned, and happily obliged.