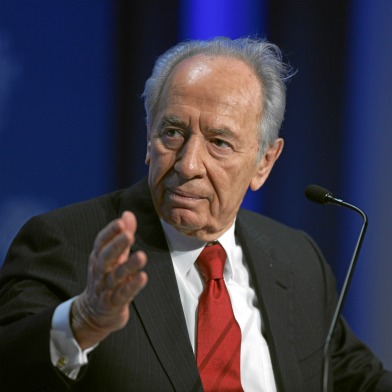 Israeli President Shimon Peres touted the role of technology as an instrument for peace during a talk today at the annual Launch Conference in San Francisco.

The brief appearance at the high-tech event marked the final day of Peres’ four-day tour of San Francisco and the Silicon Valley, during which he visited some of the Bay Area’s top tech companies.

He is the first incumbent Israeli president to visit the Bay Area.

The president said he wanted to get a first-hand glimpse of the “new ideas” coming to life among the region’s top tech companies and entrepreneurs during his visit.

“There is a very close relationship with our country and the Silicon Valley, and it makes us very happy and very hopeful,” he said.

When asked about the role tech-driven social media had in last year’s Arab Spring, Peres credited young protesters who used websites like Facebook to help mobilize and oust dictators.

“The Internet is simply one of those instruments that make a change,” he said.

“People will bring peace by talking together … the public affects the government, so let’s have the clients make the peace, not only the managers,” he added, drawing a round of applause and cheers from dozens of rows of audience members sitting behind laptops.

During the talk, Peres unveiled his own official Facebook page, which he launched during his visit to the social networking company’s headquarters Thursday.

The president’s page has so far drawn tens of thousands of friends, Vardi said.

When asked about the threat of war with Iran, Peres stressed the need to exhaust all “bloodless” options, such as the current economic sanctions being imposed on the country, before launching any attacks.

However, he also echoed President Obama’s recent statement that “no options are off the table” and called Iran a terrorist center.

“If they were to acquire a nuclear bomb, it would be a real danger,” he said.

The president’s talk ended on a far lighter note with the unveiling of a rap video made for his new Facebook page.

In it, Peres urges those watching to “be my friend for peace” over a backdrop of synthesized beats.

After leaving the stage, the elder statesman mingled and shook hands with high-tech enthusiasts.