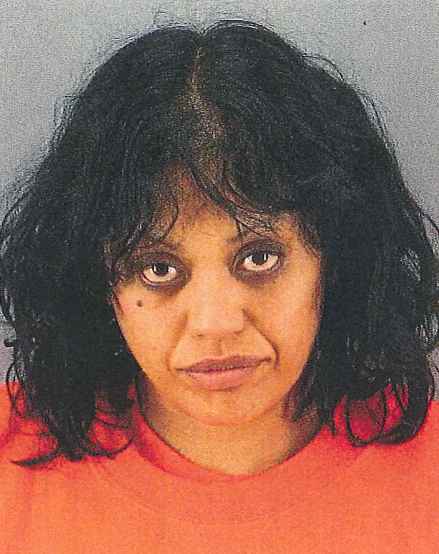 Michael England, 47, Alphonso Muhammad, 58, and Nalinle Ignacio, 34, were arrested as part of a sting at the shipyard, where tools, wires, pipes and other equipment had recently been stolen, then recycled for cash, according to police.

San Francisco police conducted the operation in coordination with University of California police and federal authorities. Investigators believed the thieves were using boats to enter nearby Islais Creek and began surveillance there around 8 p.m. Sunday, police said.

Around 3 a.m. Monday, officers spotted a vessel with three people aboard that approached the boat dock along the shipyard’s eastern seawall. Two male suspects then got off the boat and climbed up the wall, then walked toward a building carrying flashlights, police said.

The suspects tried to open a window, then walked around to the side of the building, where they allegedly kicked in a door. A few minutes later, officers heard loud sounds of grinding by power tools and saw light flashing inside the building, police said.

At about 4 a.m., the two suspects walked out with several large pipe valves and were immediately confronted by the officers. The pair ran away, but one was quickly taken into custody after trying to hide in a nearby brush pile, according to police.

The second suspect ran toward the shore, threw the items he was carrying into the water, then turned and faced the officer. The officer ordered the suspect to show his hands, but he instead reached for his waistband, prompting the officer to pepper-spray him, police said.

The suspect then jumped into the water and began to swim. The officer ran to the suspects’ boat and apprehended the swimming suspect as he tried to climb on board.

The third suspect, a female, was found in the cabin of the boat and taken into custody, according to police.

The officers recovered the metal stolen from the building, and seized several burglary tools on the boat.

The two male suspects, later identified as England and Muhammad, were both booked into county jail on suspicion of felony burglary, conspiracy to commit burglary, possession of stolen property and misdemeanor destruction of property and resisting arrest.

Ignacio was booked into jail on identical charges except for the count of destruction of property, police said.

Anyone with information about other recent burglaries at the shipyard is encouraged to call the Police Department’s anonymous tip line at (415) 575-4444 or send a tip by text message to TIP411.