Suspect In Ingleside Apartment Explosion “was cruising for a bruising” 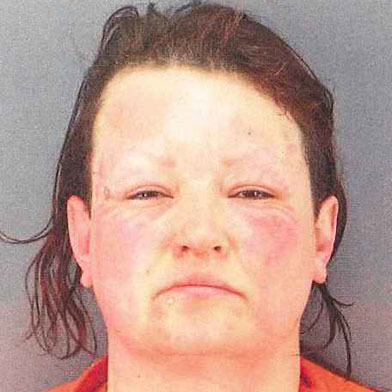 The woman who faces six felony counts for an alleged drug lab explosion at her Ingleside District apartment last week is well-known among local medical marijuana activists, though for some of the wrong reasons.

In addition to advertising cannabis cultivation and use seminars hosted at the 17th Street home/marijuana-friendly inn of legendary activist Dennis Peron, Angelic Cisneros, 33, is a bit notorious for what’s known as the “medical cannabis farmer’s market” incident.

In summer 2010, Cisneros booked event space near AT&T Park for a birthday party but advertised the event as a marijuana farmer’s market, in which growers could sell directly to patients with a doctor’s recommendation.

The event was canceled after media contacted the venue. Distributing medical marijuana to 10 or more people in San Francisco requires a permit from the Department of Public Health; all premises with a license to sell alcohol from the Department of Alcoholic Beverage Control can lose said license if “drug use” is tolerated or allowed on-site.

Cisneros is in custody at San Francisco County Jail after an explosion ripped through her Capitol Avenue apartment last Tuesday. Both Cisneros and a 12-year old boy suffered burns in the blast. The boy, whose relation to Cisneros was not released was turned over to Child Protective Services.

The blast last week was likely caused by a butane tank explosion, according to police. Butane is one of the most well-known solvents used to extract pure marijuana oil from leftover plant material — if you must know, please Google it — but so doing is also known as “drug manufacturing” and is not considered legal under the state’s medical marijuana laws.

Cisneros is said to have a checkered past with marijuana, but the District Attorney’s Office declined to release her prior criminal history, according to spokeswoman Stephanie Ong Stillman. A spokeswoman for the courts did not respond to a request for comment.

Cisneros was friendly with Peron, and she was also known to attend public meetings of Americans for Safe Access, a marijuana patients’ group, with some of her children. Those meetings are now 18+.

“She was cruising for a bruising,” said a local marijuana activist who asked not to be named. “She took some incredibly stupid risks… and did it with kids around.”

Children have been given medical marijuana in various states without legal ramifications. In San Francisco, parents have also been charged with child endangerment for allowing rugrats to stray too close to marijuana-laced cookies, so there’s that.