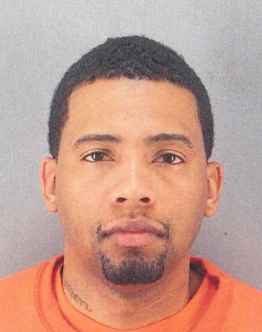 An Oakland rapper and two other people were arrested on suspicion of various offenses near a nightclub in San Francisco’s Richmond District where the rapper was performing Sunday night, police said.

Philip Beasley, who goes by the name “Philthy Rich,” performed on Sunday night at the Rock-It Room at 406 Clement St.

After the show, Beasley, 29, of Hayward, was arrested at about 1:30 a.m. when he tried to drive away in a 2011 black Bentley with Nevada license plates that had been reported stolen out of Las Vegas, police said.

A records check also determined Beasley was on felony probation for firearms possession, according to police.

Beasley’s promoter and producer, Samuel Burns III, 33, was arrested upon arriving to the club at about 10:30 p.m. as a passenger in a car, police said.

Burns was detained for not wearing a seatbelt, and when he could not supply an ID, officers did a records check and discovered he had warrants for his arrest in both Marin and Contra Costa counties, according to police.

Then at about 11:15 p.m., police arrested Dennis Walker, 29, of Antioch, during the stop of a suspicious vehicle near the club.

Walker, a passenger in the car, ran from a 1991 GMC Yukon on foot but was taken into custody a short distance away at Fifth Avenue and California Street, where officers found him allegedly in possession of a firearm, police said.

The Yukon fled the scene at a high rate of speed but crashed into a wall of the Presidio at a dead-end on Sixth Avenue. The driver and another passenger in the car fled on foot and have not been found, but the vehicle was recovered, police spokesman Officer Albie Esparza said.

Beasley was booked into jail on suspicion of stolen vehicle and receiving stolen property, while Burns was booked on the outstanding warrants and Walker on various firearm violations, according to police.

Beasley apparently posted about the incidents on his Twitter feed, @philthyrichfod, Sunday night and then Monday afternoon after he posted bail.