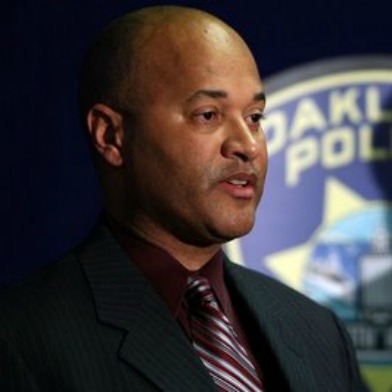 Oakland’s new police chief has been on the job for some time, but losing the “interim” before his title doesn’t mean Chief Howard Jordan’s job is going to get any easier.

There’s the Occupy movement, budget cuts within his department, and the constant specter of the entire OPD being put in federal receivership for failing to live up to court-mandated reforms. Add that to performing basic police work in a struggling city where five people were homicide victims over a weekend, and Jordan has a full plate by any measure.

Especially if Jordan’s still as concerned with youth soccer as he was during a 2007 incident, in which the then-assistant OPD chief called police in Tracy to make sure paperwork was properly filed at a youth soccer tournament.

Jordan’s daughter was playing in the tournament on a team whose coach was ejected for arguing with referees. Jordan called Tracy police to ensure that the tournament director filed the proper paperwork with the California Youth Soccer Association, the Tracy Press reported at the time.

“At no time” did Jordan tell the cops who he was or to speed the process along, Jordan told the newspaper — though Tracy police arrived at a youth sports complex on that Sunday afternoon in 15 minutes, half the time of the 31 minute average for noncourtesy calls, and Jordan’s job title was printed on the resulting incident report, the newspaper reported.

An e-mail to the Oakland Police Department’s spokespeople sent Wednesday had not been returned by the end of business Thursday.

It’s unlikely Jordan or anyone else in the Bay Area remembers the incident — and certainly it pales in comparison to the weighty matters with which the newly-minted Chief Jordan must contend now.

Still, it’s refreshing to know that police assistance is only a call away. Especially with youth soccer — ever go to one of these games? If anyone needs a pepper spraying, it’s some of these soccer dads and moms.