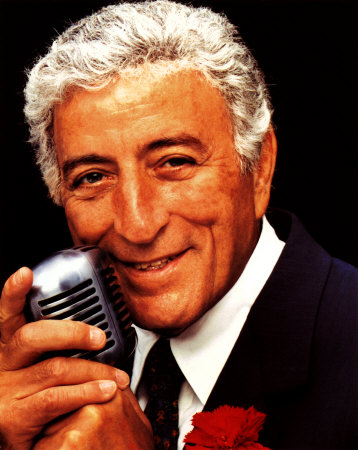 Throngs of San Franciscans crowded City Hall today in hopes of catching a glimpse of Tony Bennett, who was honored in a Valentine’s Day tribute marking the 50th anniversary of his signature classic’s recording.

Bennett, 85, recorded “I Left My Heart in San Francisco” in 1962, a tune that became the city’s anthem and is played at AT&T Park after Giants’ home wins.

With crowds stacked up to eight people deep on every level ringing the rotunda, City Hall resembled a concert hall during the midday celebration.

“I’ve never seen anything in my life as beautiful as these young people,” Bennett told the crowd.

Before presenting Bennett with the key to the city, Mayor Ed Lee said the children’s choruses “reflect Tony’s dedicating his career” to encouraging young people to be leaders.

Bennett himself did not perform at the noon event, which rubbed some of the fans in the crowd the wrong way.

“It wouldn’t be worth it, even for Whitney,” one man said, referring to the late Whitney Houston, as he stalked away from the overflow crowd.

Others, like Betty Straka, who, like Bennett, is in her 80s, reveled in the chance to see the singer for the first time.

“It was wonderful,” said Straka, a San Francisco native. “He looks so great for his age.”
Even though she didn’t grow up in San Francisco, Anita Groethe said she loved Bennett and his music even as a child living in Minneapolis.

“I’ve always been a fan of his,” Groethe said, holding a single red rose that she had plucked, like scores of other people, from the floral displays after the event concluded.

Unlike those who had arrived well before the noon event to snag a view of the crooner, Groethe said she didn’t make it to City Hall until after the event had started.

Bennett is scheduled to sing “I Left My Heart in San Francisco” tonight at a sold-out benefit concert at the Venetian Room at the Fairmont Hotel in Nob Hill, where he first sand the song in December 1961.

“I always thought it would be a local song in this area,” Bennett said at today’s tribute.
The concert is to raise money for heart research at the University of California at San Francisco.