Freezing rain in the Northwest is stranding some travelers trying to fly between the Bay Area and Seattle today. 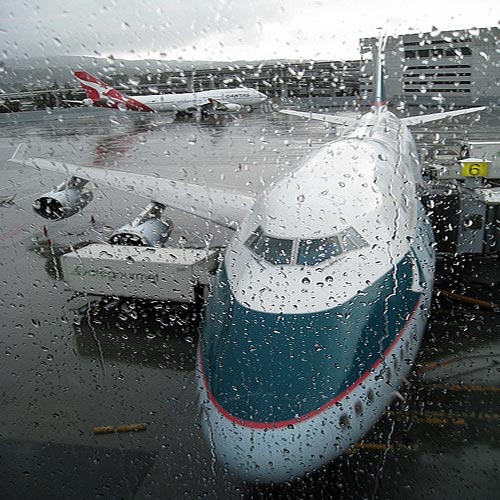 Freezing rain in the Northwest is stranding some travelers trying to fly between the Bay Area and Seattle today.

Two departures to Seattle from San Francisco International Airport had been canceled as of 9 a.m., both United Airlines flights, an airport duty manager said.

At Oakland International Airport, three arrivals and three departures have been canceled.

One Alaska Airlines flight from Seattle to Oakland has also been canceled, as well as two Southwest Airlines inbound flights, Barnes said.

Mineta San Jose International Airport has had one long delay of an Alaska Airlines flight to Seattle, but that flight is still scheduled to take off at around 11 a.m., airport spokeswoman Vicki Day said.

One Southwest Airlines flight to San Jose from Seattle has been canceled.

Airport officials are keeping an eye on the weather in Seattle, anticipating that there could be further cancellations as the day goes on. Travelers to the area are advised to check the status of their flights before heading to the airport.