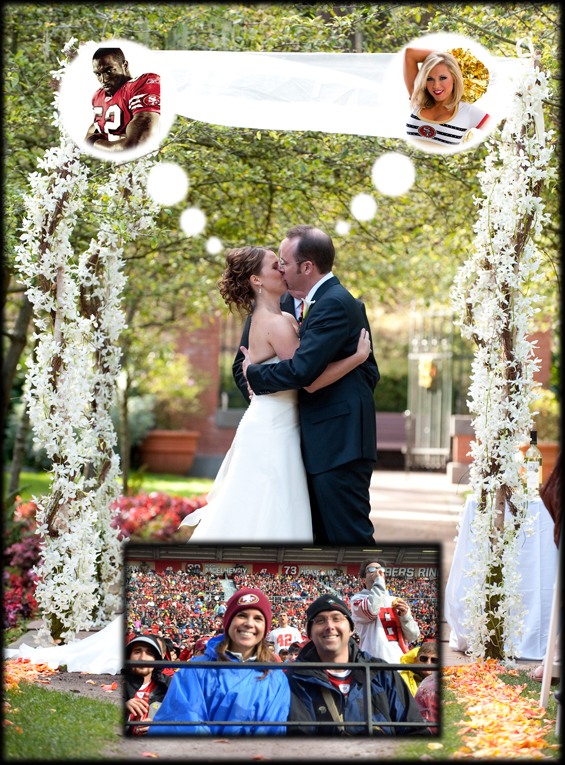 San Francisco resident Ben Crosson won the highly coveted tickets this afternoon in an online competition sponsored by the city’s Recreation and Park Department that asked fans to like the department on Facebook or Twitter and then post why they love the department. More than 1,000 Facebook posts and tweets were received in less than 24 hours in the contest, department spokeswoman Connie Chan said.

Crosson’s winning entry was a tweet describing his wedding to Jolee in Golden Gate Park’s Shakespeare Garden. “We love SF Rec & Parks because it gave two rabid 49ers fans a beautiful place to get married,” it read.

The tweet also included a playful photo of the couple’s wedding kiss, in which the two are shown to be daydreaming about the 49ers.