Unemployment Continues To Decline In Bay Area, State in December

Unemployment fell in Bay Area counties and in California as a whole in December, according to numbers released by the state’s Employment Development Department. 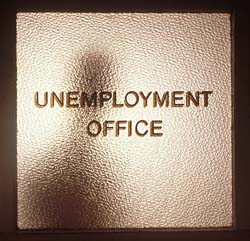 Unemployment fell in Bay Area counties and in California as a whole in December, according to numbers released by the state’s Employment Development Department.

San Francisco’s jobless rate fell to 7.6 percent in December, down from 7.8 percent in November and 9.5 percent last January, according to state officials.

Even the Bay Area counties with higher unemployment rates saw declines from November to December. Solano County, which has the highest rate in the region, saw it fall from 10.6 percent in November to 10.5 percent last month.

The decreases reflect statewide and national trends. California’s unemployment rate dropped to 11.1 percent in December from 11.3 percent November. A year ago in December, state unemployment stood at 12.5 percent.

National unemployment stands at 8.5 percent, down slightly from November’s 8.6 percent.