An election reform proposal introduced at the San Francisco Board of Supervisors meeting on Tuesday would make it harder for so-called “zombie candidates” to enter races. 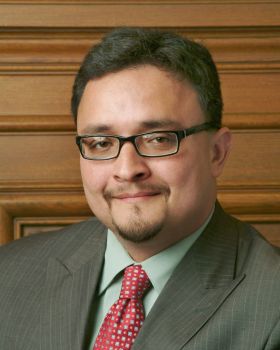 An election reform proposal introduced at the San Francisco Board of Supervisors meeting on Tuesday would make it harder for so-called “zombie candidates” to enter races.

The proposal comes in the wake of criticism of San Francisco’s election process, particularly in November’s 16-candidate mayoral contest.

Several candidates were forced to stay in the race despite scant support from voters because the city’s election laws required them to repay public financing dollars if they dropped out.

The ordinance, proposed by Supervisors David Campos, John Avalos and Jane Kim, would raise the dollar amount and number of contributors needed to qualify for public financing, as well as extending the filing deadline so candidates can take the whole field into account before entering a race.

Campos said the large number of candidates in the field was “a legitimate concern” that made it difficult to “discern the different ideas and perspectives from different candidates.”

The proposal would force supervisorial candidates to raise $10,000, up from $5,000, to qualify for public financing, while mayoral candidates would have to collect $50,000, double the $25,000 currently needed to qualify. Incumbents would also face a higher threshold to qualify.

The ordinance is in addition to a charter amendment that Campos and Avalos proposed last month that would allow voters to rank more than three candidates on their ballot.

The two pieces of legislation, which could be voted on in this June’s election, “will maintain the most democratic and efficient election system in the country,” Campos said.

However, not all supervisors agree on the efficiency of the system.

On Election Day in November, Supervisors Sean Elsbernd and Mark Farrell introduced a proposal to get rid of San Francisco’s ranked-choice voting system, saying the process was too confusing for voters.

The details of the system that would replace ranked-choice voting, which has been used in the city since 2004, have yet to be determined. Elsbernd and Farrell are also seeking to get their proposal on the June ballot.

The ordinance introduced Tuesday would also put San Francisco’s public financing law in accordance with a U.S. Supreme Court ruling from last June by striking a provision that allows candidates to receive additional public funds if a certain level of private money is spent against them.

Farrell introduced a piece of legislation in July addressing the Supreme Court ruling, but the board rejected it in October.

Mayor Ed Lee, who finished atop the 16-candidate field in November’s race, said Tuesday that he had not gotten a chance to review the various proposals, but said he agreed that the system needs reform.

“I said that during the election, there was so much confusion,” Lee said.