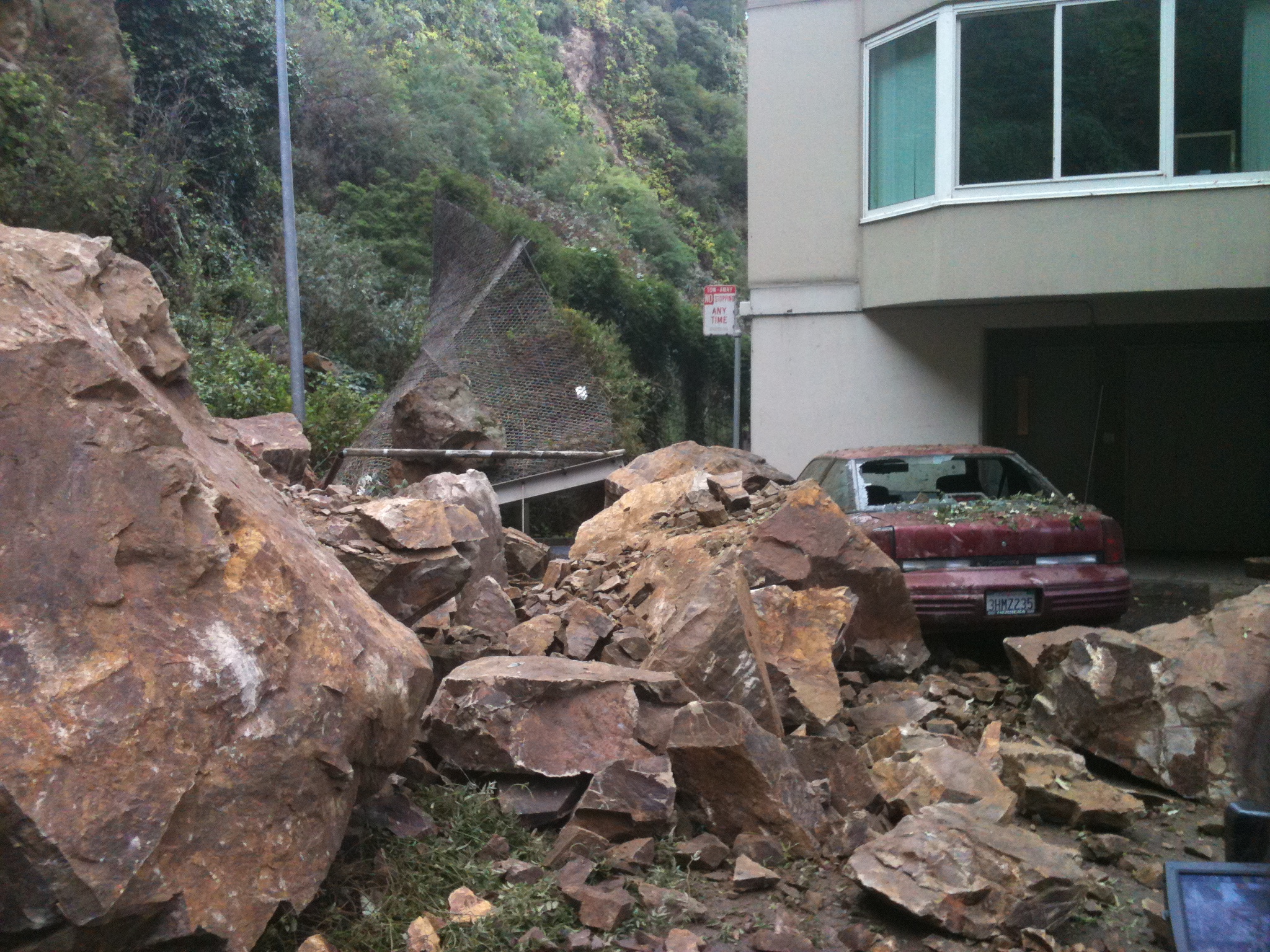 Residents evacuated from a San Francisco apartment building at the foot of Telegraph Hill following a rockslide Monday are being allowed to return to their homes tonight, according to Department of Public Works interim director Mohammed Nuru.

Boulders tumbled down the rain-soaked hillside above Lombard Street near Winthrop Street at about 9:35 a.m., crushing a car and causing a partial evacuation of 220 and 240 Lombard St., the Parc Telegraph condominium complex.

A geotechnical engineer and geologist were brought in today to assess the hillside and the roadway atop Telegraph Hill. Nuru said this evening that the top of the hill appears to be stable and that there were no signs of movement or cracking.

Although residents of the evacuated units are being allowed to return to their homes, which remain yellow-tagged, they are being advised to sleep in rooms that do not face the slope because Nuru said engineers “suspect that there would be further rocks that will fall.”

The DPW is working to locate equipment needed to remove smaller rocks from the near-vertical slope. Removing the smaller rocks will hopefully prevent larger boulders from having a rolling surface, Nuru said.

When that work begins is dependent on securing the proper equipment, Nuru said, adding that the clean up could take a couple of days to complete.

“What we really need right now is the right equipment,” he said. “It’s a very tight space. We really don’t want to put too many people out there picking up rocks.”