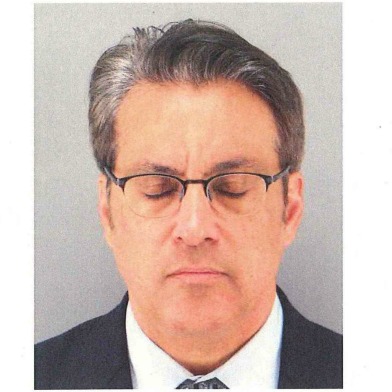 Sheriff Ross Mirkarimi first laid hands on his wife, Eliana Lopez, in March 2011, months before a New Year’s Eve argument over future custody of their young son ended in a physical fight that led to the sheriff’s arrest on domestic abuse allegations Friday, according to court documents.

The couple, who were prior to the fight “sometimes” overheard verbally fighting by a neighbor, Ivory Madison, were in a car on their way to lunch on Dec. 31 when Mirkarimi became “ballistic” after Lopez, a former television actress in her native Venezuela, allegedly asked the then-sheriff-elect if she could take the couple’s young son, Theo — who was present in the back seat of the vehicle — to South America following Mirkarimi’s Jan. 8 inauguration, according to an affidavit attached to Mirkarimi’s arrest warrant (you can read the entire document here).

“Fuck you, fuck you, you are trying to take Theo away from me,” Mirkarimi allegedly responded, according to an interview police conducted with Madison, who lives four address numbers away from Mirkarimi and Lopez on Webster Street in San Francisco’s Western Addition neighborhood.

Mirkarimi turned the car around, “stat[ing] something to the effect that she [Lopez] didn’t deserve to eat,” Lopez allegedly told Madison on Jan. 1, in a tearful conversation conducted after Lopez slipped out of her home while Mirkarimi was in the shower, the affidavit read.

The Dec. 31 fight continued when the family returned home, with Mirkarimi “pushing, pulling, and grabbing” his wife in front of their son, who was “screaming and crying.” Lopez threatened to call police, which eventually calmed Mirkarimi down, Lopez told Madison.

While Mirkarimi was in the shower on Jan. 1, Lopez went to Madison’s home, where, on camera, she showed Madison a bruise on her right arm, allegedly sustained during the previous day’s fight with her husband, according to affidavit. The bruise in question was “brown in color… pretty big… hand mark or finger marks” on the inside of Lopez’s upper right arm, according to the affidavit.

Madison saw no other marks or bruises on Lopez’s body, and Lopez did not mention any, according to the affidavit.

“This happened yesterday,” Lopez told Madison on videotape, according to the affidavit.

“Two times in 2011 and this is the second time this his happening. I told Ross I want to work on this marriage, we need help, I been telling him we need help and I’m going to use this just in case he wants to take Theo away from me because he did said [sic] that he is very powerful and can do it.”

Mirkarimi told his wife on several occasions that he is a “very powerful man,” according to the affidavit, which was first obtained Tuesday by the San Francisco Chronicle.

Wallace did not respond to an e-mail from the Appeal seeking comment. Jim Stearns, Mirkarimi’s campaign manager during his successful campaign for sheriff last year, directed requests for comment to Wallace.

Lopez has said publicly that she has no quarrel with her husband, and that she will “fight the charges” alongside the sheriff. The day before Mirkarimi’s arrest, Lopez was present at a press conference calling for his resignation.

Gascon told reporters that his office had received information that Mirkarimi had abused his wife prior to Dec. 31. In December, Lopez made several domestic-violence-related posts to her Twitter account that seemed to suggest she was at least worried about domestic violence in general, the San Francisco Examiner reported Tuesday.

Mirkarimi will be arraigned Thursday morning in San Francisco Superior Court. If convicted, he may lose his right to carry his office-issued firearm. Mayor Ed Lee has no immediate plans to censure or suspend the county sheriff, according to reports.