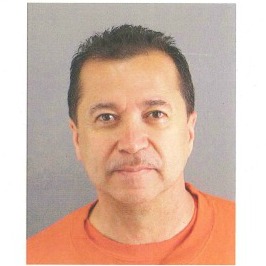 As reported yesterday, an SF school bus driver is facing charges after two alleged sexual assaults of passengers — one from 2011, and another from 2004. As more details n the case are divulged, questions are being raised about why a man accused of molestation in 2004 continued to drive SF’s school children for almost 7 years following the initial allegations.

Roberto Marty was a SF school bus driver from 1994 to April 2011. According to SFPD, in 2011 a female 11-year-old special needs student reported to SFPD that she was sexually molested by Marty on multiple occasions.

According to police, as part of their investigation, SFPD revisited a 2004 case in which Marty was accused of molesting another 11-year-old girl.

Both victims, said SFPD is a press release yesterday, were passengers on the school bus driven by Marty.

The Ex reports, however, that a SF Unified School District spokesperson says that they had no records of the 2004 allegations.

Instead, the spokesperson quotes SFUSD’s transportation director as saying that he remembers that the bus company notified “police and school officials of that accusation.”

According to the transit director’s recollection, police said the 2004 allegation was unfounded, the SFUSD spokesperson told the Ex.

A spokesperson from First Student Inc, the bus company to which SFUSD contracts, told the Ex that they were also unaware of the 2004 allegations.

Marty is presently in custody at the San Francisco County Jail. According to SFPD, he will remain there until his trial.

Police now say that they are seeking any “potential additional victims” of Marty, who has been arrested, charged and held for molesting the two girls.

Police ask anyone whose child may have been a victim to contact SFPD’s Special Victims Unit at (415) 558-5500.