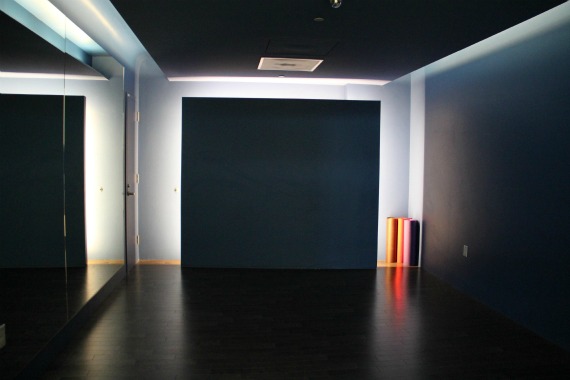 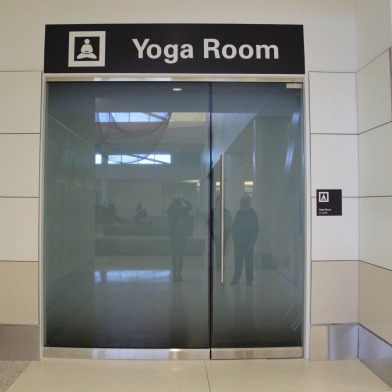 Located just past the security checkpoint in SFO’s newly remodeled Terminal 2, the “first of its kind” Yoga Room is a 150-square foot silent space to stretch out and unwind amidst the often stressful atmosphere of modern day air travel, airport officials said.

Airport director John Martin, who has practiced yoga for 18 years, said the idea came from a member of the public who toured T2 and said the passenger-friendly terminal had everything–except a place to do yoga.

“We took that charge to heart and here it is,” Martin said.

Three walls of the dimly lit Yoga Room are painted soothing shades of blue, one wall is floor-to-ceiling mirrors, and the floors are hardwood.

Martin said that during flight delays, bad weather or just a stressful day, the Yoga Room is already a popular place to practice a few yoga poses or just sit and de-stress in a quiet peaceful place.

“It’s already getting a lot of use,” Martin said. “People love it.”

Like all airport services–restaurants, restrooms, baggage claim, ground transportation – the Yoga Room had to have an international pictogram that would point it out to passengers, Martin said.

In the directory of more than 400 symbols for airport signs, one for a yoga room didn’t exist, he said.

“Every sign has a symbol,” Martin said. “There was no symbol for yoga.”

Airport staff designed a new official pictogram–a person in the lotus position–that will be the symbol of the Yoga Room at SFO and any other airport that adds a similar space in the future, Martin said. 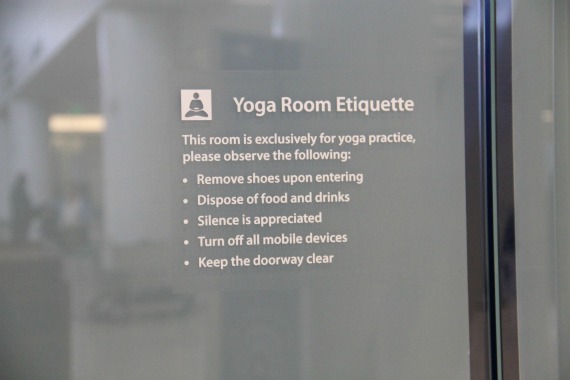