A bicyclist who was seriously injured in a hit-and-run accident in San Francisco’s Ingleside neighborhood last Sunday has been identified as Christopher Evans, also known as DJ Toph One. 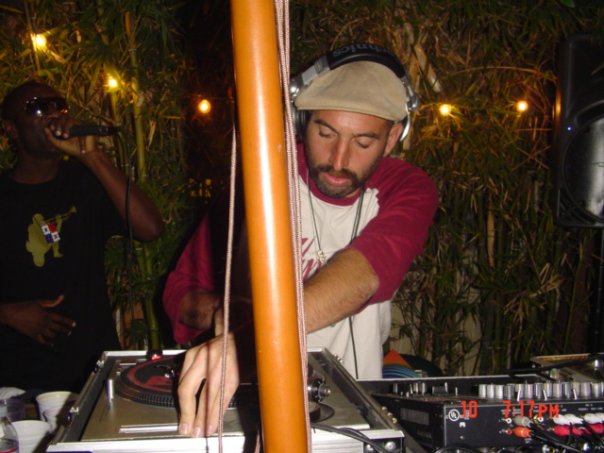 A bicyclist who was seriously injured in a hit-and-run accident in San Francisco’s Ingleside neighborhood last Sunday has been identified as Christopher Evans, also known as DJ Toph One.

Evans, 41, said from his hospital room this afternoon that he is recovering from a broken pelvis and shattered left side that he said will require surgery later this week.

The lifetime San Francisco resident and well-known local DJ said he also received stitches for a few gashes on his head and was treated for road rash he suffered in the crash, which police said occurred early last Sunday.

Witnesses said the vehicle involved fled the scene, and police so far have not been able to locate it.

A police spokesman was not immediately available for comment today.

As for what happened during the hit-and-run, Evans said, “I’m just trying to piece it all back together.”

Since the crash, a group of Evans’ friends, fans and fellow local DJs have organized two fundraising events planned for next week, according to Facebook posts from a group called “Support Toph One”.

One fundraiser is set for 9 p.m. Jan. 20 at Public Works and another for the night of Jan. 22 at Som Bar, with a portion of bar proceeds at both events to benefit Evans, according to Facebook posts.

The San Francisco resident is the apparent victim of a hit-and-run that police said occurred near the corner of Ocean and Geneva avenues.